The following is an excerpt taken from an interview I did with the brilliant Robert Middleton. A lot of my core marketing philosophy, I got from this man. This material will be compiled into a book called “Pay What You Want” in 2011. 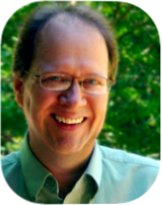 Robert: Tad, where does Pay What You Can seem to work best? We talked about workshops, but that is not the only thing. What are some other kinds of services that you could use this for?

Tad: You can use it for special events, like it’s a one-time sort of thing.

Here’s the biggest overall thing that I’ve found. Pay what you can seems to work best in situations where people have a really clear sense of what it already costs. If it’s a Pay What You Can restaurant, people kind of know what they’re going to pay at a restaurant generally. If it’s an album, people know.

But if it’s a marketing workshop or it’s a retreat or it’s a consultation, people don’t necessarily know. In that case you have to educate them.

I think it works really well for group events. I do some one-on-one Pay What You Can, and it works okay, but I definitely think with group things it’s more financially viable.

It tends to work really well in the industries where no one else is doing it. If you’re a theater and you’re like, “Hey, cutting edge new thing: We’ve got a Pay What You Can matinee.” Well, everybody does that.

So I think it also does exceptionally well in traditionally high-ticket industries where you’re just expected to pay a lot. If you suddenly say, “Hey look, you’d be spending $3,000 anywhere else for this, but I’m going to offer it on a Pay What You Can basis,” that’s great.

Robert: Something I noticed in your letter about your workshop is that you give a little comparison chart of what some of the high-end marketing workshops are charging. They’re charging anywhere from $5,000 to $1,500, or something in that ballpark.

People are seeing, “For this workshop, we’re going to give you comparative value and you Pay What You Can,” so you create the perception that, “Wow! This sounds like a really good deal. I’m not sure I’d risk $5,000, and there seems to be so much hype. You’re not giving me so much hype and it sounds good anyway, so why not try?”

That’s sort of how the mind thinks through this before you sign up.

Tad: Yes, and I think obviously Pay What You Can is best placed for people who are really wanting to grow their business and attract more clients, versus doing more with the clients they have.

Even so, this could be used with existing clients. You say, “Hey, there is this new second-level thing and I want to try it out. I’m willing to try it for the first one on a Pay What You Can basis.”

It can be used as a gift for existing clients like a reward. “You’re some of my favorite clients, so I wanted to offer you this on a Pay What You Can.”

If you’re rolling out something new and you want feedback on it, this is practice time for people who feel like they’re still apprenticing.

You know, I just feel like real humility is not our biggest virtue in this culture. For people who are starting out, I think sometimes there can be this pretense of needing to position themselves more strongly as an expert than they are and try to charge the same rates.

I was probably guilty of that when I started. When I started doing Pay What You Can, it felt so good. I really felt like I was apprenticing. I thought, “I am still learning this, and let me figure out from other people what this is worth. Let me get that real feedback.”

It’s funny. I’ve done some crap weekends where I tried it. I thought, “I’m going to try this new exercise.” It was a disaster. I got paid less, and I thought, “How appropriate.”

Robert: If you do stuff that’s not so good, they’re going to pay you less. You’re always thinking, “How can I put this together to give the most value so they’ll reciprocate?” That’s great. That makes a lot of sense.

I think there are a lot of people in this club who are coaches. I can see beginning coaches using this as not-a-forever strategy but for a beginning strategy.

“I’m starting coaching. Most coaches charge X hundred dollars a month. What I’m doing is offering the first three months totally based on a Pay What You Can basis. Pay what you think it is worth. Then after that, we’ll continue it on a slightly different format perhaps.” It’s a good way to get started and get some initial clients.

Tad: I would almost recommend for coaches the Christian Mickelsen thing, “The 3 Sessions that Sell.” It’s so brilliant. I love that interview with him. (This material is included in Part 4.5 of the Fast Track – Selling Conversations.)

I think part of the challenge of Pay What You Can is when it’s a continual thing. I think what you’re saying about doing it for three months is probably the most I would do it for. I haven’t tried it. My sense is that it would start to feel weird. But if you sell it as a package, I think that could work really well.

Robert: Especially if you can look back and measure the results. We’re going to talk about conditions whereby you offer this. That’s very important. But nevertheless, that’s a possibility. Are there some businesses or situations where it doesn’t work as well?

Tad: I think ongoing situations I would just raise the flag on. Memberships or a series of workshops, I’m not sure.

Robert: I have this Marketing Club which is $29 a month. If I told everyone every month, “Pay what you can,” it would probably fall apart. It would also be very hard to administer.

Tad: Exactly and I think it would be stressful for people every time having to reevaluate.

Tad: I think also situations where people have no idea what to pay. Again, if you’re getting a magazine or staying at a hotel, you kind of look at it and say, “I have a sense of what this could be worth.” But if it’s something where people don’t know, that’s trouble.

Industries where it’s very low-ticket, where things have been commoditized so much that it’s really cheap, could be trouble. Then you do Pay What You Can, and people are going to look at everyone doing it and say, “It’s just worth this because that’s what everyone else is doing. “

If you’re in that kind of industry, you really have to innovate and differentiate yourself from that industry and say, “I know it would normally be this. Here’s how we’re different and better.”

I guess if an entrepreneur has a really huge list and they can’t handle any more clients or, you know, they’re not wanting to grow at all, it’s probably not a good thing. It’s probably better to just change to a finite amount.

Robert: Yes. For instance, I have a high-ticket program called the Marketing Mastery Program, and I can easily fill that and at the price that I want to get. Pay what you can just wouldn’t make sense for me.

Robert: But if I was maybe starting it the first time, it was experimental, and I wanted to see how it worked, then it might work in that situation. You really have to think through this. It’s not an overall blanket pricing strategy for your business, but it really can be used in certain places to get things going.

After all, if you did it as a workshop, you had a lot of people at the workshop, and then those workshop participants were people you talked to later who converted into one-on-one clients, it could be a fabulous marketing strategy.

One of the first things I did years ago when I moved my business from San Francisco to Silicon Valley was a couple of one-day workshops. I actually offered them completely for free, Tad.

If I’d known this, maybe I would have done this, but I didn’t want any resistance whatsoever. A ridiculous number of people showed up. Approximately 180 people showed up for these things.

I gave them a good one-day workshop, but it warmed it up for my business. I got clients from it. The next year, I did it again. I launched my InfoGuru Marketing Manual and started to sell hundreds of them. Things just took off.

Tad: People can get so precious. It’s funny. I want to see people getting their needs met in their business, and there can be a bit of ego in it. People think, “I am going to be paid what I’m worth.”

I remember Thomas Leonard. Some people are probably familiar with him. I was talking with him one time, and he was telling me how he started. He’d been doing it for awhile and he had this workshop.

He just was like, “I want to offer it for free,” and his branding coach was freaked out, “No, you’ll destroy your brand. People won’t perceive the value.” He said, “Whatever. I still want to do it for free.” He packed it so full with so many people.

Robert: He created some energy. I was in the same office as him.

Robert: It was in the late 1980s when he did that, and I actually attended one of those workshops.

Tad: I’ll tell you, when I started I was doing a lot of the free intros. It took me honestly about five years to really figure out the intro that I wanted to do. I did a lot of them. I kept tinkering, and a lot of it was me figuring my own understanding of marketing.

I just did it for free, and I kept tinkering and fiddling. Then just in the last couple of years, people started paying me for them. I was like, “No, this is a free intro,” and they said, “Yeah, but I need to pay you.” I’d say, “No, no! It’s free.” They’d say, “Really, shut up and just take my money.”

Robert: They felt they got a lot of value obviously.

Tad: Yeah, that’s when I decided I’d start charging for it. Now I do my intros, which used to be free, on a sliding scale of $1 to $40, which is sort of a strategy.

If you’re going to do a sliding scale, why not make it the lower end? Again, if you have enough clients and can fill it easily, don’t worry about it, but why not make it $1 to $40? Nobody is going to pay $1, but the fact that it is $1, who’s going to say no to it?