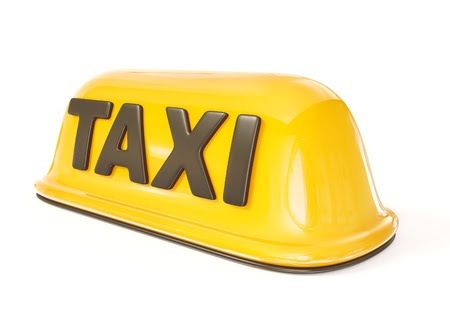 I caught a cab the other day.

Actually a TappCar (Edmonton’s response to the terrible taxi cab industry and Uber). They have priced themselves in between the two. I could give you ten reasons why I love them.

But there are always issues.

I was heading to visit my grandmother in the hospital.

“I want to stop at the Booster Juice on 104 St and 78 Ave.” I told him as we pulled away from my home. I knew I’d be at the hospital for at least six hours tonight and I hadn’t eaten much lunch and wouldn’t be able to get away for dinner.

After a few minutes I looked up from my phone and realized he’d never made the turn to go to Booster Juice. I was hungry and he was busy following his GPS taking me to the hospital.

“I asked you to go to Booster Juice first.”

From his response, it was as if I’d never asked him about it at all. I sat there confused. It was the first thing I’d told him. He’d seemed to understand and, as we were clarifying the issue and how that had been missed, which I never figured out, he kept driving down 109 St. taking us further and further away.

I shook my head and pulled out my phone. “I’ll see if I can find one closer to the hospital.”

It’s not the first time this has happened to me in a cab. Maybe it was that their English wasn’t good and they didn’t want to admit they’d not understood me. Maybe it was that they didn’t listen. Maybe they had something big going on in their life and they just weren’t able to listen. Maybe all of that. Maybe something else. But result was the same.

The trust was broken.

And I know it’s a small thing. I know that any upset I had was, in part, fueled by being hungry. I also know it’s petty and emotionally small of me. I get all of that. But it’s how it is for most of us.

This happens all the time in business and in life. A trust is given and then it’s broken. It happens in big ways like infidelity in a relationship and in very small ways like this.

I remember hearing my friend Decker Cunov telling the story of an event he’d been at where a man had picked up a woman by her hand and foot and was spinning her around as she laughed and giggled. And then her head hit the concrete pole with a sickening and loud sound. It wasn’t the pain that hurt the most. It was the betrayal. She’s surrendered to the moment, trusting him to look after her and he had let her down. He wasn’t careful with that trust.

It’s what we all want in life sometimes. To be able to relax and know we’re being taken care of. We want to know we’re in good hands. We want to get in the cab, zone out and trust they’ll get us there without our having to direct them. We want to tell the massage therapist what feels good and doesn’t to us and then relax into the massage, trusting that they heard us. We want to go to a therapist and trust they’ll hear what we say and, if we’re really lucky, pick up on what we aren’t saying. Sometimes we just want to surrender to the process.

But, as soon as we realize that someone can’t be trusted, we can’t relax. We have to remain vigilant which may defeat the purpose or rob much of the joy from the experience.

If you’ve ever had the pleasure of riding in a black cab in London, it’s remarkable. You’re in such good hands. They spend three years studying London until they know the entire map of the city inside and out. You just sit back, relax and enjoy the ride.

If you’ve ever been served by a world class server at a restaurant, it’s something to experience. It inspires your utter relaxation. Everything they do says, “You relax. I’ve got this.”

I recall reading an article that suggested that the three sexiest words a man could say to a woman were, “I’ve got this.” And it doesn’t have to be a binary gendered, heteronormative relationship to feel good about hearing those words.

And, when we do, we are incredibly vulnerable.

Your clients are like this with you. They’re coming in scared, ashamed, overwhelmed or heartbroken. Or all of them. If we are very lucky, they trust us. If you’re aware it’s been placed on you, you come to see, very quickly, that it’s less of a gold medal being pinned to your lapel for all the good that you’ve done and more of a heavy, lopsided burden for you to carry into the future.

The trust is not there to make our heads big or gratify our ego. It’s the human making burden that tells you, ‘You have an impact on others. Be careful now.’ It’s not asking us to be fearful, but careful. Full of care for those around us as we know that small touches from us on those people will have a larger impact than others. Being praised or trusted puts the responsibility on your shoulders. It’s telling you that you’re in a different phase of your life now and that something else, beyond your youthful carelessness, is asked for. When someone praises you or trusts you, you should feel the weight of it on you and how it asks you to be stronger. It’s not a badge for you to proudly display – it’s a sort of unasked for

It’s not a badge for you to proudly display – it’s a sort of unasked for thing that you carry with you as you go.

If you carry it masterfully, if you consistently under-promise and over-deliver, you will never want for business.