(This blog post is a compilation of the writings of David C. Korten, Victor Bremsen and Judy Wicks). 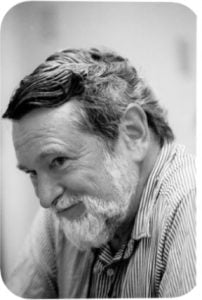 David Korten: Having reached the limits of an Era of Empire, humanity is compelled to accept responsibility for the consequences of its presence on a finite planet, make a conscious collective choice to leave behind the excesses of its adolescence, and take the step to species maturity. It is the most exciting moment of opportunity in the history of the species.

The Era of Empire embraced competition and domination as its organizing principles, hierarchy as its favored organizational form, and ultimately chose money as its defining value.

The Empire Era created a them/us mentality that justified exploitation, slavery, and genocide, and glorified domination over other peoples and nature.

It has led to the emergence of a global suicide economy  — otherwise known as the corporate global economy — that is rapidly destroying the social and environmental foundations of its own existence and threatening the survival of the human species. It is the Era’s final stage.

The global corporations that are the ruling institutions of the suicide economy are required by law, structure, and the imperatives of global finance to maximize financial returns to absentee owners without regard to the consequences for people or planet.

In short, they are programmed to behave like cancers that seek their own unlimited growth without regard to the consequences.

As these pathological institutions have consolidated their power, the imperatives of global finance have come to dominate the economic, political, and cultural lives of people, communities, and nations everywhere.

For example: over the last 40 years, North America has rapidly moved from downtown “main street” economies populated by local independent businesses devoted to serving community needs to a global “Wall Street” economy dominated by huge predatory discount chains located in the middle of vast parking lots seeking to extract the maximum profit from local consumers in the shortest possible time.

With household names like Wal-Mart, Home Depot, Costco and many others, these chains mimic the behavior of predator species characteristic of immature ecosystems.

In simple terms, they destroy all other competing businesses in their path.  Our financial economy specialists proclaim how wonderful their increase in market share is, without taking into effect the damage done to our communities.

Owned primarily by investors without a stake in the local community, these “predators” force community based competitors out of business by pricing very low, sometimes even below cost.

They accomplish this partially by making their suppliers dependent on them and then constantly squeeze them for greater margin.

In the short-run, predator chains keep consumers happy with lower prices and small investors with attractive returns on investment. The substantial costs to the community are less visible, but become ever more substantial over time.