I am thrilled to announce the winners of the 2018 So You Think You Can Niche contest! 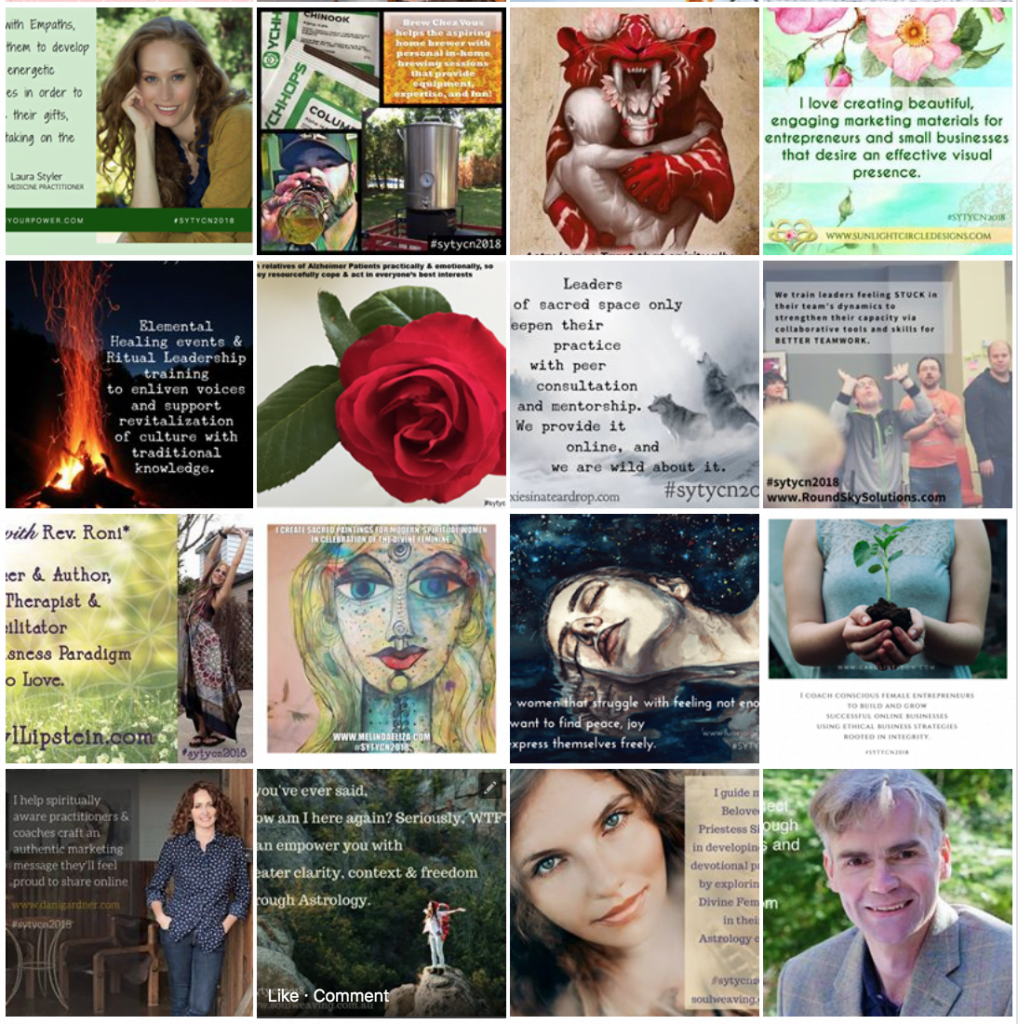 Backstory: for a week at the beginning of September I invited people to submit their niche summed up into 140 characters (that’s the length of a Tweet!), and then to rate at least five other people’s niches from 1-10 and offer feedback to one another.

The results were fantastic, you can check them out HERE if you like. We had 63 niche meme entries, 300 Facebook “likes” on those entries, and almost 800 thoughtful, constructive comments.

I am deeply happy and encouraged by the quality of content and interaction. In addition to being fun, the So You Think You Can Niche contest for 2018 has been a wonderful platform for learning and a genuine success, which is extra lovely, because this is the very last time I’m holding this contest!

And the winner is: 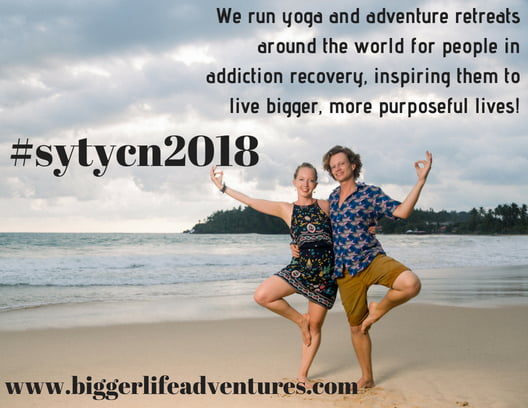 Carrie received an overall rating of 9.5/10, and of all the 9.5/10-ratings in this contest, she had the most feedback comments – thus making her our winner and proving that the amount of genuine, thoughtful, rated feedback really did matter!

My sincere congratulations to Carrie – she entered a super clear niche for her work running yoga and adventure retreats around the world for people in addiction recovery.

Carrie takes home the first place prize of a 90-minute coaching session with me ($450 value) + she’ll be featured on my blog in the future + a free hard copy and a digital copy of my book The Niching Nest + a spot in my newly launched Niching Spiral Homestudy Course ($300 value) to give to a friend  – she doesn’t need it ’cause she’s so smart + her own spot in that same course (in case she does want to join the course herself, though this one’s non-transferrable).

The SYTYCN contestants who placed 4th through 10th each win $100 off my newly launched Niching Spiral Homestudy Course – a discount the winner can use or pass onto a friend.

My congratulations to these folks:

The tie-breaker for niches with the same rating was, first off, their decimal standing (we rounded up/down to the nearest single decimal for final public ratings), and secondly, the number of comments offered on that niche.

BEST IMAGE/MEME AWARDS go to people who created an eye catching, easy-to-read meme that really echoed their work or offering. This is a subjective category – I’ve looked at a lot of memes in my time and I chose memes that were striking and memorable to me, that were clear and welcoming and made sense with the niches they are supporting. These folks win $100 off my newly released Niching Spiral Homestudy Course – a discount the winners can use or pass onto a friend.

THE BEST COMMENTS PRIZES go to the people who gave the best, most useful and insightful feedback to many others in the SYTYCN contest. They each get a spot in my newly released Niching Spiral Homestudy course ($300 value) because they’re the kind of people I want in it (this is a non-transferrable prize). 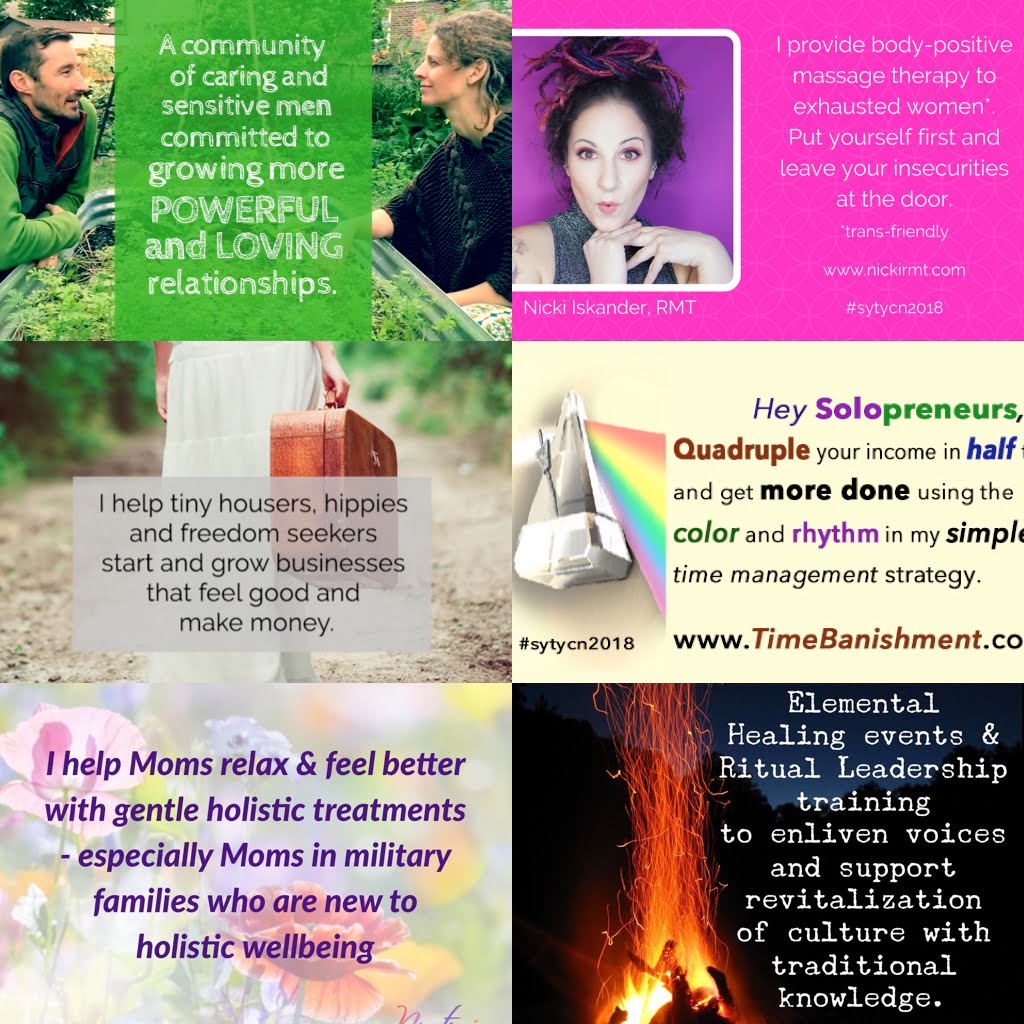 Lastly, you’ll find the  list of the final ratings for everyone who entered the contest below. Congrats and thanks to all these lovely, brave contestants!

Please note: the calculation was made by finding the average score of a niche-meme’s ratings and averaging that total with my (Tad Hargrave’s) rating, and then by counting comments to break ties, and then number of “likes” to break any remaining ties.