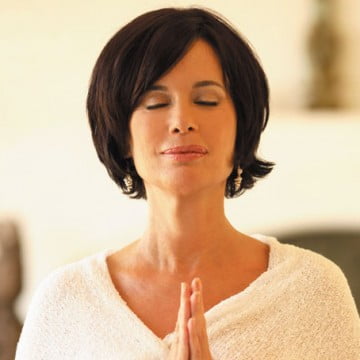 I wonder if any of us ever see each other clearly.

About an hour ago, while walking home with groceries and new supplies for magic tricks, I got an email on my iPhone from my dear friend Ocean Robbins telling me that Debbie Ford had passed away of cancer.

I met Debbie ten years ago or so when my friend Justin Hilton was running the Whole Life Expo and Debbie was helping them with their books and finances in a really profound way. I’d been hired to run youth activism workshops – which ended up being a bust of an idea because youth activists don’t go to the Whole Life Expo. But the upside was that it meant my workshops were often canceled or ran really short and I got to hang out with speakers and authors I’d been following for years. Deepak Chopra, Gregg Braden . . . and Debbie Ford.

I went to one of her workshops and sat there, amazed and inspired, as Debbie shared with the audience about her divorce. Most personal growth speakers follow a simple formula, ‘I used to struggle with _______ problem but then I learned this thing I’m about to teach you and life is perfect.’ But here was Debbie not pretending. Being real, transparent and authentic with her audience. Not leaning on them. Not using them. But sharing her humanity.

The day had ended and the workshops were done and all the presenters and organizers were invited to a house party locally. I can’t remember what city we were in as we never really went into town at these events. We’d land at the airport in some major American city, go to a hotel nearby and then show up at the convention center where everything was set up on the same floor plan as the last city. We often never even went into town. It’s hard to get to know anything from so far outside like that.

But, whatever city we were in, we were all hosted at this wonderful house party. I think it was the first kind of VIP party I’d ever been to.

I was excited to introduce Debbie to Gregg Braden that night as I’d just read his book Walking Between the Worlds where he spoke of the darker sides of life and had had a little bit of time to hang out with him during the convention and help him set up for his talks.

I made the appropriate introductions letting Gregg know about her work on the Shadow which I think he’d heard of and Gregg’s brilliance on looking at the sacredness of the darker polarities in life and then left them to speak with each other. I came back a bit later and the three of us nestled up into this little nook we called ‘The Womb Room’ and, being in my early twenties, I sat in amazement of the fact that I was ‘hanging out’ with these two legends in my mind. And experiencing them both as being so real and honest.

I recall at one moment Gregg spoke about how we go through our lives wanting others to see us in certain ways. I nodded as if to say, ‘Sure! Right. Those other people’ trying to posture myself and ‘in with them’ not like those poor people still obsessed with how other saw them. And then Gregg said, ‘Even us here, right now.’ And Debbie nodded. She felt it. She wasn’t trying to pretend it wasn’t true for her. She knew it was. I was the only one pretending. And I felt humbled by their humility.

The next day, I drove to the bank with Justin and Debbie and Debbie turned around to face me from the front seat and said, ‘I’m so stuck around my divorce. I feel so blind. Do you see anything?’

She was really asking me. She really wanted to know.

I felt overwhelmed. I didn’t know what to say. I wanted to offer her something profound but I was so caught up in being impressed with her and not grown up enough in who I was to see much of anything in that moment.

But she’d asked. She valued me.

In an industry full of posturing and posing, Debbie Ford was the real deal.

We grabbed some food and went back to the expo hall. Justin and I were standing there mowing down on some food. And Debbie narrowed her eyes at us, ‘You know, you two say you’re so conscious about food and you’re not even sitting to eat or chewing.’

I felt embarrassed. She’d nailed me.

But I didn’t feel like she’d shamed me. She’d shared what she saw (with sass) but no enmity. No rank pulling. Just like a friend.

Debbie was, from what I could see, such a tenacious, loyal and open friend to people.

This world is so unspeakably richer to have had her in it. A portion of the world’s Shadows have been illumined.

I send my prayers to her family and my gratitude for every single person who helped spread her message along the way. Every colleague who gave her a stage. Her parents who raised her so perfectly. Her sister for her support. Her trainers for helping her work grow. Her editors for helping her craft and refine her message. Her publishers for the books. The videographers and editors of her videos. Her web designers. Her partners. Her friends.

Debbie, I would have so loved to see you again.

I would have told you what I saw that day but couldn’t recognize or say.

I saw a friend.

You can share your prayers and memories at: http://www.rememberingdebbieford.com/