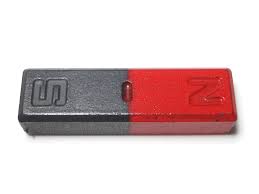 It’s a notion I got from Mark Manson in the context of dating but I think it maps over perfectly into marketing.

There are only three types of potential clients you will ever experience: responsive, neutral and unresponsive.

And how you deal with each of these three people is different.

With responsive people, you just need to enjoy them and make it really safe and easy for them to buy from you. You want to have your sales funnel worked out so they can engage at the level that feels best for them. If you try and push or ‘sell’ to these people, things get weird. They’re already sold on you. Just relax, enjoy them, engage them and look for what is the best fit.

With unresponsive people, just bless and release them. Really. Just let them go. It’s not a fit (at least not in that moment). Trying to convince these people to hire you or buy from you is the road to burn out.

With neutral people it’s a different story. The neutral people aren’t sure. They’re on the fence. And your job is to get them off the fence (with no bias towards which direction they fall – towards you or away from you).

To be clear, I’m not talking about pushing them or making them do anything. I’m talking about revealing yourself and being vulnerable enough.

Let’s back this up a bit.

They’re up there because they’re not sure enough about who you are, your point of view, your overall purpose of your business, the results you offer or problems you solve etc. There’s something about your platform that is fuzzy and that results in them not knowing if it’s a fit. There’s likely something they see that they like (which is why they haven’t left your presence) but also somethings they see that they don’t quite get (which is why they haven’t bought).

But why is there fuzziness in the first place? Often because we’re scared to share the full truth of how we see things.

A typical approach with neutral people is to try to keep them around by being really ‘nice’ and not offending them in any way. People will build their email list by sharing useful but not that exciting or honest content. It’s kind of ‘meh’. It’s nice. It’s fine.

But, if you do this, they will consistently fall off of the fence away from you.

They’ll tell you how great they think your business is but they won’t ever hire you.

But there’s another approach. And that approach is to be really honest about your platform and your intentions so that they are able to make up their mind and you can either go deeper with them or, quite frankly, stop wasting your time in ‘building a relationship’ with them that was never going to go anywhere anyways.

But, this requires us to let go of our people pleasing behaviours and to start being really honest about who we are and what we think. It might also mean directly asking someone if they’d like to be a client or be open to a conversation about working together. You might find that people who were dancing around with a ‘maybe’ they’d like to work with you suddenly become a ‘no’ when you directly ask them. Which is wonderful to know. Your asking them (depending on how you did it) didn’t cause them to not want to work with you, it created the space to reveal what they may have already been feeling for a while but were too nervous to tell you.

And here’s the challenge with those things: they all make you vulnerable. You are putting yourself out there and risking rejection.

If you’re honest about your point of view, people might strongly disagree and attack or belittle you for it.

If you’re really real about the specific kinds of people you’re best at helping, you might lose folks who aren’t that.

But on the flip side, if you’re honest about these things: some people will love them.

I think that our fear of being vulnerable is what keeps others from knowing us and therefore being able to decide if we’re a fit. We often feel shame about really revealing ourselves and yet it’s the very thing that will inspire others to get off the fence. Will you repel some folks? Sure. But you will also far more strongly attract others.

I can tell you that the blog posts I’ve written that have gotten the most positive reactions and cemented people as fans also got some of the most negative ones and the most comments overall – were the ones where I was most vulnerable and honest.

Just the other day I wrote a post called, ‘I’m Broke (And I Don’t Care)‘ and was flooded with over 100 comments. Or the post, ‘Why Charging What You’re Worth Is Bullshit.’ Or the post ‘Slow Marketing‘. Or the time I encouraged people to do what they could to get the Conservatives out of office in Canada and wrote about it in my post Elections, Polarizing & Having an Opinion.

If they are neutral towards you, the answer isn’t to be neutral back. If you find you’re attracting a lot of neutral clients and you want to change that, they answer is this: be even more vulnerable and honest.

The goal of marketing isn’t to convince everyone to work with you.

To state that even more strongly: the goal of marketing isn’t to convince anyone to work with you.

The goal of marketing is to attract the people who would be a perfect fit for you and to actively disuade people who are not a good fit for you (with a bit of wiggle room there). Marketing is more a filtering process than anything.

Consider this logic: If you attract someone who is not a fit for what you offer, they will have a bad experience. They will then tell their friends about their bad experience and now you’ve got bad word of mouth. It’s not actually that what you were offering was bad – it just wasn’t a fit for them. But I promise you the rest of the world will not make that distinction.

On the other hand, if you attract the perfect kind of client who’s in exactly the right moment in their life to work with you they will almost certainly have a good experience. And they will tell everyone they know about that. And now you have good word of mouth.

But it’s so easy to waste your time on trying to keep the neutral people around. Or to attract them.

But in the end it doesn’t work. Here’s the common dynamic. You get a speaking gig for thousands of people. Amazing. What an opportunity. Then you get a chance to write an article on a well known blog. So you do those things and, cleverly, offer them a free gift to sign up for your email newsletter. And, to get the free gift, a number of them do. Your pipeline of new clients is now so full, you tell yourself. Any day now you’re about to break through. Fast forward three months and nothing has changed.

Here’s what was really happening, people saw you. Thought you were interesting. Were intrigued to know a bit more but were mostly neutral. They saw a ‘free’ offer, got excited and signed up for your email newsletter which is also very neutral and not opinionated at all and they got bored, stopped reading it and really never intended to buy in the first place. You were hooked on hopium that your pipeline was full. But it never really was. So, we keep trying to get in front of more and more people, hoping that might change it.

But here’s what will really change it: being willing to be a lot more vulnerable with those crowds.

I don’t mean standing up there and weeping about your childhood and asking them to hold you.

I don’t mean standing up there and telling them how nervous you are to be there (though that can be endearing).

Your ability to attract perfect clients is in direct proportion to your willingness to be vulnerable and deal with the reality that most people are simply not a fit. Luckily, you don’t need most people as clients to have a thriving business. You only need some.

Here’s another way to look at it: I’d look at your neutral clients as the white blood cells of your business. If you have a lot it’s indicating that you are sick. And the disease may be from your own lack of honesty and vulnerability because of your fears. But most businesses see the white blood cells as a sign of health and seem to want more of them. You want less neutral people and more highly responsive people. You want less maybe’s and more yes’ or no’s right off the bat.

When you really start stepping out with your full truth, you will repel so many more people (who were not a fit) and you will attract raving fans who love what you are about (who are a fit). Withholding the truth in the beginning doesn’t really help. Sure you might get more clients to begin with, but eventually the truth will come out and those people will leave.

The only question is, how vulnerable are you willing to be?

Here are some ways you can explore being vulnerable. I’d love to hear what additional ideas you might have:

View our best articles on filtering

To watch videos on Filtering, check out these playlists 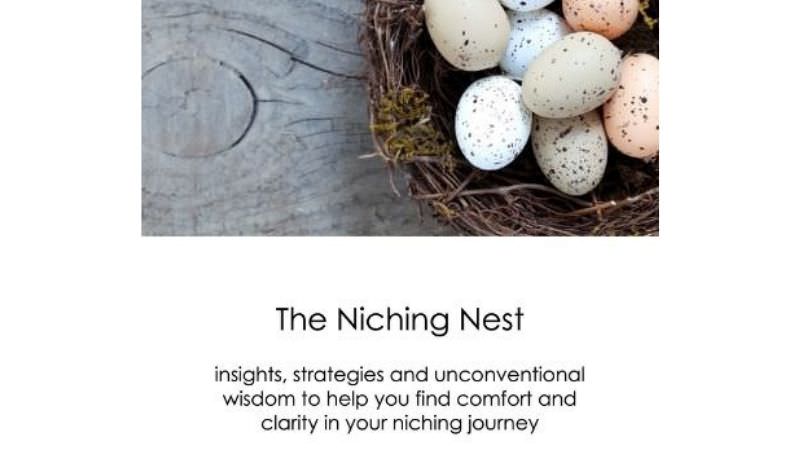