Thank you so much for being willing to spread the word on this. I know our calendars get so full.

Your promo materials are below 🙂

First of all – listen to this mix of music while you read and schedule your promo. It’s some of my favourite music: http://8tracks.com/tadlington/liberty-marie-53

I’ve got three goals for your experience here:

My guess is that you won’t spend more than 30 minutes on this. An hour at the very, very outside if you do eeeeeverything.

I’ve decided to not do any personally hosted calls but to try to do this just with group calls that everyone joins in on. This saves you time from being on the call – though you’re welcome to join in for one 🙂

Below is all the content I think you’ll need to promote.

Here’s what you get:

I’ve promoted for so many people and had mixed experiences. Sometimes it’s made me look bad because either the webinar is bad (i.e. no real content just a big explanation of why the topic matters) or the promo blogs they shares with very light on content and didn’t give my people a chance to really get to know the person and their point of view.

Here’s what your people will be getting . . .

You’ll be paid $100 per person who signs up from you. There are only 30 spaces so we won’t need affiliate codes to track where people came from. I’ll just ask on the sign up form and email them if need be.

Any questions? Ideas on how to make this easier for you? Let me know.

Thanks again for helping out with this. You’re the best.

By this point you’ve probably heard a lot about the importance of niching. From me, from others marketing and business coaches.

And it makes sense.

It’s such a simple idea.

But most of us have a hard time figuring out our own niche (or whether we should have one at all).

In my opinion, it’s the main area where most conscious entrepreneurs struggle – who are they trying to reach?

My dear old friend and colleague, Tad Hargrave, has put together a free, 90 minute webinar he’s calling ‘Niching for Hippies 101’. It’s been getting rave reviews from his clients and I really like all the content I’ve seen from it so far.

There are three dates you can join in on.

It’s all about how you can make more money, get more clients and work less by figuring out your niche.

In this webinar, you’re going to learn:

Anyway, you can read more about it and sign up here: https://marketingforhippies.com/events/

p.s. he’s also leading a seven week coaching program on niching that you can check out at the link below. His sales letter for it is worth a read because it’s really good and . . . it has cartoons in it. Go take a look. http://nichingforhippies.com/

My colleague Tad Hargrave of www.marketingforhippies.com is offering a free 90 minute webinar I thought you might want to check out.

The topic centers around a single question that I think might be the most important one you ever have to answer in your business career.

No matter which top notch marketing coach, consultant or boutique service you go to, you will be asked one question.

Before they lift a single skilled finger to help you, bring in their creative team, do up the first draft or an ad or write a single line of copy, you will be asked one question.

If you give them a good, clear and strong answer to this question they will be able to help you.

The question is: ‘who are you trying to reach?’

But, at the end of the day, it’s the same question: who are you trying to reach?

Tad’s webinar, Niching for Hippies, will give you his considerable perspective on this issue after more than a decade’s worth of focus.

In this webinar, you’re going to learn:

Anyway, you can read more about it and sign up here: https://marketingforhippies.com/events/

p.s. he’s also leading a seven week coaching program on niching that you can check out at the link below. His sales letter for it is worth a read because it’s really good and . . . it has cartoons in it. Go take a look. http://nichingforhippies.com/

As you know, my colleague Tad Hargrave is leading a series of his 90 minute ‘Niching for Hippies 101’ webinars between now and September 25th. There’s no charge for them. They won’t just be a ‘pitch fest’. My guess is that you’ll learn more about niche marketing in an hour and a half than you have in the past year and a half.

And while there won’t be any recordings made available – you will get an enhanced transcript of the content after the call even if you miss it.

You can learn more and sign up here: https://marketingforhippies.com/events/

But . . . I know you might not be able to make it to any of them and might like some help right away so Tad offered to share not one, not two but *seventeen* of his most insightful, provocative and foundational blog posts on niching including explorations of:

You can take a look at them whenever you do have the time. But I wouldn’t wait too long – he may be taking them down at the end of September.

Note: These are not ‘teaser’ blogs. Many of them are long, substantial and full of provocative ideas that could forever change the way you see niching.

You can find them all here: https://marketingforhippies.com/niching-blog-collection/

p.s. If you’re thinking about participating in Tad’s seven week Niching for Hippies coaching program – these blog posts are a nice safe way to get to know his take on things and see if it feels like a fit. You can learn more about it (and see one of the coolest, most refreshing sales letters you’ve seen in a while) here: http://nichingforhippies.com/ 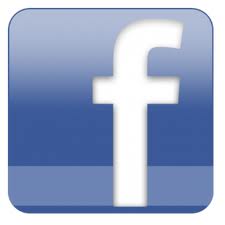 ENTREPRENEURS, LIFE COACHES, HOLISTIC PRACTITIONERS: Struggling with your niche? Learn Tad Hargrave’s simple four step process to figure out your niche in his free 90 minute webinar. I bet you’ll learn more useful bits about niching in an hour and a half than you have in the last year and a half https://marketingforhippies.com/events/

Learn more about niching in an hour and a half than you have in the last year and a half: https://marketingforhippies.com/events/ #niching #nichemarketing

9 big niching blunders kill many noble projects – do you make them? Find out from @TadHargrave https://marketingforhippies.com/events/ #nichemarketing #niching

Three reasons why niching can heal you: http://bit.ly/NtWS7Y #niching #nichemarketing

Why niching can freak us out so much: http://bit.ly/NtWS84 #niching #nichemarketing

Specialization: The next step for chinese medicine in the west: http://bit.ly/UMo6Ov #niching #nichemarketing

Why it’s worth overcoming resistance to niching: http://bit.ly/SCnYez #niching #nichemarketing

If you’re stuck with who, go back to what – 7 thoughts on niching from the inside out http://bit.ly/Q1O8L8 #niching #nichemarketing

The three elements that make for a profitable niche http://bit.ly/XmqsFv #niching #nichemarketing

Is yours a niche? Or a pigeon hole? http://bit.ly/U70xxF #niching #nichemarketing