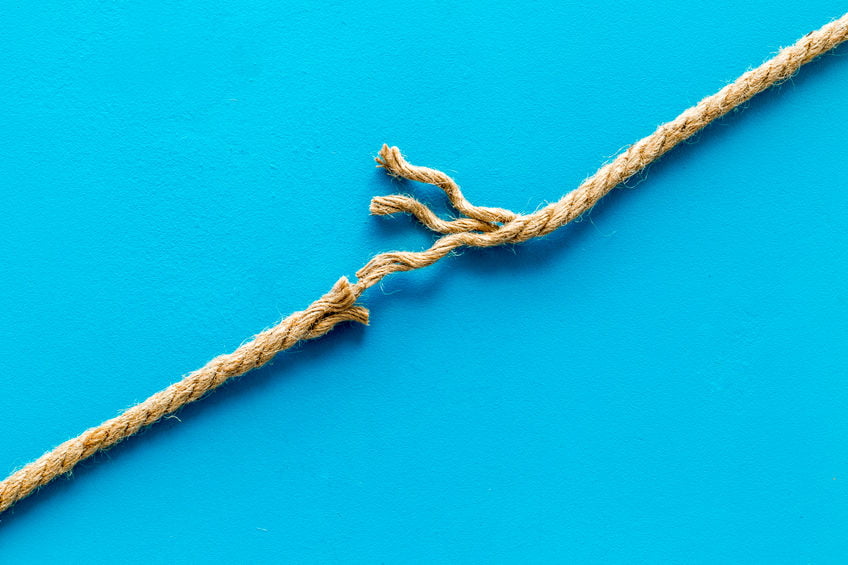 What is the core metaphor of your business?

I’ve consistently seen that the thoughtful use of metaphors in your marketing can make a huge difference in terms of clarity and impact.

Why would we even want to pay attention to this?

Let’s jump right into some examples of metaphors to really get the clarity and power they can bring to things:

I speak of marketing using a metaphor I owe to my colleague Bill Baren. The idea that our clients are on a journey from Island A (where they’re struggling with their problems) to Island B (where they have the results they’re craving). And our business is a boat that can take them from one island to another. Our point of view is the map and route we take. And the bright Sun in the sky is the deeper cause behind our work.

One of the things I love about identifying a core metaphor for our work is that it is so rich. There always seems to be more to explore. We could explore you as the captain of the boat. We could talk about their fears of an island even worse than Island A they’re scared they’ll end up on. We could talk about Island C – an island that’s even better than the one they are craving.

There’s just so much to explore.

And the power of metaphors is that, instead of clients feeling overwhelmed by more and more information, they actually feel clearer and clearer as you add more and more details to it.

I lead dozens of free intro workshops over the years where I tried so hard to share everything I knew about marketing. I tried to give the best overview. And it always felt fractured, jangled, and a bit all over the place.

But the second I started telling the story of the boat and the islands (such a simple story!) everyone ‘got it’. It made so much sense of their experience, even (importantly) when the information wasn’t new.

Peggy McIntosh wrote a seminal essay on racial privilege called White Privilege: Unpacking the Invisible Knapsack. She built her entire thesis around this image of an invisible backpack full of invisible privileges. She pointed out all of the things that white people enjoy simply due to their skin colour that they assume are true for everyone. Their privileges are invisible to them. But rather use academic speak about how the current hegemony systemically takes agency from oppressed (say wha?) she had us imagine it like these privileges were things we might carry in a knapsack.

Speaking of invisibility – Tolkien’s ring! Rather than lecture on and on about the perils of centralized power to corrupt, he told one of the most amazing stories ever told. In fact, his drive to write Lord of the Rings came from his seeing the lack of soul in Europe due to the war – the lack of an overriding, indigenous mythology that gave people a sense of place, pride and healthy connection to their land and people.

And speaking of that era of European history and dark things – Carl Jung’s work on ‘the shadow’. Carl Jung believed that we often repressed parts of ourselves due to shame. And that these parts of us become like a shadow self. We pretend to be happy only to cry ourselves to sleep. In public we eat healthy, only to binge at night. Politicians slam homosexuals as hurting family values only to be exposed as being gay later or having cheated on their spouse. You could write books of theory, or you could simply evoke the image of a shadow – always attached to us and following us no matter what we do. Powerful.

John Gray, seeking to share his understanding of why the differences between men and women were something to be understood and celebrated (and why things so often went wrong in relationships) came up with the metaphor that it was like, ‘men are from mars and women are from venus’. He wasn’t saying we were actually from different planets, but rather that it was like we were. And people, instantly, got it.

And the Mars/Venus metaphor is actually a perfect illustration of a central question to ask yourself about your client’s experience of their problem: “What does it feel like to them?” What is a metaphor they might use to describe their experience that would capture the essence of it?

Their persistent problem might feel like a stone in their shoe and they can’t get rid of it.

If you can use the perfect metaphor that captures their exact experience so that they say, ‘Oh my God. It feels just. like. that.’ you will be amazed at the increase in response you get.

In my last Niching for Hippies program, I asked the participants to share what they imagined it was like for their clients. Here’s what they came up with. As you read them, consider if any of these might be true for your clients.

Metaphors in Describing What You Do:

Once you’ve established the core metaphor for their experience, it’s important to ask yourself – who are you in this metaphor?

In the Mars/Venus metaphor, John Gray is clearly a translator helping the two alien races better understand and communicate with each other.

In Carl Jung’s shadow metaphor, he’s clearly an illuminator helping to bring light to the darker places in his client’s psyches.

But of course, you could reverse engineer it. You could start with how you see yourself and then move into what that means for the broader landscape.

I recently asked some clients (many of whom were holistic practitioners or life coaches) how they would describe what they do. What is it like?

And there are so many more: Midwife for the soul. Illuminator. Grandmother (in the Native American sense). Witch doctor. Best Supporting Actor. Angel with mud on my feet. Holder of sacred space. Mirror. Bridge builder. Soul Whisperer. Protector. “Back country” guide for extreme adventure. Plum Line. Eyeglasses. Emotional Midwife. Lifeguard. Wind shield Wiper. Coach. Alchemist. Cave Guide. Window opener (when the door has closed in your face). Taxi driver for lost souls. A health farmer in disguise. A “warrior in monk’s robes”.

Using Metaphors to Show the Journey You Take People On:

One client who worked with couples fighting about money issues said her work was about turning it from a battleground into a playground. Wow. What a powerful metaphor. You can viscerally get it and see what the difference would look like.

I also heard of http://www.selfmarriageceremonies.com/ where the core point of view was this: If we really want to express our love for ourselves, it’s like we need to marry ourselves. So  she helps people create these ceremonies. Amazing.

My colleague Cat Zavis is running a teleseminar series called Parenting With Your Ex: Keep Your Kids Out of the Emotional Crossfire. Crossfire. Like you’re in a warzone. You don’t want your kids to get hit.

What’s been your experience with metaphors?

Do you have a core metaphor for what you do? What is it? Please share below, I’d love to learn from your experience.

You can listen to the full audio of the interview here, starting with a bonus track of Lisa Hodgson singing Dark, Dark … END_OF_DOCUMENT_TOKEN_TO_BE_REPLACED

Mighty Network is currently building me a membership site MarketingForHippies.com. I've written about 16 eBooks, have … END_OF_DOCUMENT_TOKEN_TO_BE_REPLACED

Rachel joined my Mentorship Program a couple of years ago. She is a healer from Victoria who struggled, as many healers … END_OF_DOCUMENT_TOKEN_TO_BE_REPLACED

Kellita was one of the first people to join my Mentorship Program and, if I’m honest, one of the dearest to me. Kellita … END_OF_DOCUMENT_TOKEN_TO_BE_REPLACED

Sitting around a fire and telling stories at night time. This must be one of the most ancient, enduring and … END_OF_DOCUMENT_TOKEN_TO_BE_REPLACED

One day, I plan to write an eBook called Vibe: The Hidden Mechanics of Why People Buy. It would center around the … END_OF_DOCUMENT_TOKEN_TO_BE_REPLACED

By Julie Wolk These are challenging times to be sure. I have certainly been on an emotional roller coaster these past … END_OF_DOCUMENT_TOKEN_TO_BE_REPLACED

How do you avoid burn out as an entrepreneur? Over the years, I've gathered a number of ideas and this post is me … END_OF_DOCUMENT_TOKEN_TO_BE_REPLACED

In December of 2019, my dear colleague George Kao and I sat down to talk partner marketing and hub marketing together … END_OF_DOCUMENT_TOKEN_TO_BE_REPLACED

Figuring out your Ideal Client. What's the big deal? Why bother? One of the big reasons is because this work can … END_OF_DOCUMENT_TOKEN_TO_BE_REPLACED

Years ago, I read the book Monopolize Your Marketplace. Though the title and tone is aggressive, it has … END_OF_DOCUMENT_TOKEN_TO_BE_REPLACED

There are, in my mind, three roles of marketing. The first is to get their attention. The second is to filter and … END_OF_DOCUMENT_TOKEN_TO_BE_REPLACED

A few years ago, I recorded a video entitled Why I (Almost) Never Do TeleSummits. I recorded it so that I'd have … END_OF_DOCUMENT_TOKEN_TO_BE_REPLACED

If you've followed my work for a while, you know that I'm all about niching. I even created a whole … END_OF_DOCUMENT_TOKEN_TO_BE_REPLACED