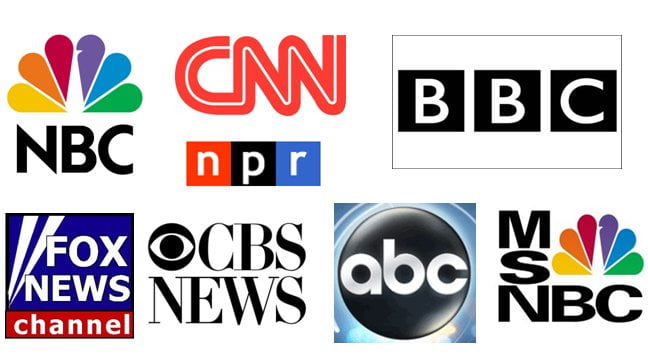 There’s no word with greater sting to it for progressives and radicals than ‘sell out’. And yet we want to reach as many people as possible with our message. This creates an inner conflict of wanting to ‘get the word out there’ and then the fear of what it might mean if we do. Not to mention the fact that the world of PR seems to be utterly inaccessible. How on Earth would you ever book yourself an interview on NPR?

So, with all of this in mind, I dropped a line to Loolwa Khazoom who had interviewed me years ago to get her thoughts on this all.

Tad: You talk about helping alternative types penetrate the mainstream. What do you mean by that?

Loolwa: Many progressive types, especially activists, have an antagonistic relationship with the media, which is discussed as The Media, with a knowing scoff and roll of the eyes. Activists are especially frustrated, and rightly so, with the kinds of mind-numbing garbage that often passes as stories in the press. Among other issues, there are a lot of lazy journalists out there, who are basically serving as mouthpieces for the representatives of corporations and government bodies.

Reporting is often a she-said, he-said assembly of quotes, instead of an in-depth investigation into a particular matter. Journalists often do not want to do the work necessary – ie, to go out of their way — to get the facts on various issues and challenge the people being interviewed. As an upshot, activists end up pulling out their hair over the kinds of reporting that goes on in the news. Not understanding how the media operates, and feeling powerless to change the way things go down in the press, activists end up protesting or boycotting the media itself, in addition to fighting the good fight on a cause of choice.

Rather than opposing the media – which doesn’t do anything for the cause, whatever the cause may be – I am a proponent of studying and mastering the media, so that we put it to work for us instead of letting it be used against us.

And what do you mean by alternative businesses and projects? Who exactly are we talking about here?

It’s really the gamut of anyone who is rocking the foundation of “the system.” The central issue is that paradigm-shifting visionaries are working to change the very system in which the media is entrenched. So without understanding how the media works, said visionaries find themselves constantly frustrated by and on the outskirts of media coverage.

This might seem obvious but . . . why would someone want to penetrate the mainstream? What’s the problem you are seeing that you’re trying to address through your work with clients?

Bringing it to the “duh” level: If I am speaking in English to someone who only speaks Spanish, I am not doing an effective job of communicating, am I? It is incumbent upon me to learn Spanish, so as to get across my message. Just about anything can get through the mainstream press, if it is communicated in the language of the press. Activists just need to learn that language.

Are there any downsides to penetrating the mainstream?

Not if you know what you’re doing.

I could imagine some people might have a big fear about “selling out” – that to “go mainstream,” you’ve got to compromise your core values, lie.

Why do so many “alternative” businesses fail to penetrate the mainstream? What would you say are the three biggest blunders you see?

First, they think they can just go straight to the biggest and baddest press, without having any previous media exposure. Instead, they need to work their way up the media hierarchy, starting with the local and independent press, then proactively leveraging that to get increasingly mainstream exposure.

Second, they don’t understand the inter-connected, dare I say holistic, nature of a media, marketing, and PR campaign. Starting with whatever and whoever is in your immediate access, you work your way up the ladder in three places: venues (speaking on your topic of expertise), VIPs (collaborating with experts in your field), and media (print, tv, radio, and blogs). You leverage one to get the other, and each time you climb another rung in the ladder, you add it to your bio and flash your bling. It’s a game of perception, and you need to work it.

Third, they don’t understand the difference between advertising in media and getting featured in media. The first is asking the media to speak your language – ie, promote your business. The second is speaking the media’s language – ie, creating a story out of your business. Everyone and their dog wants to get their business into the media. You need to give the media a reason to write about you – for example, by creating a community event.

Let’s say you run a green cleaning business. During one of the national cancer awareness months, you can partner with the local chapter of a national cancer association, a local integrative medicine oncologist, and the local natural foods store that sells green cleaning products. Together, you can put on a program that educates people about the hazards of chemical cleaning products. As part of this program, you can share statistics of how environmental toxins are linked to the increased rates of cancer, and you can discuss the alternatives out there.

Through this program, you position yourself as the expert, the go-to person, on the best natural cleaning products for the home. What products do you use in your service, and why? What should people look for, and look out for, when selecting a green cleaning product? You pitch the event to local television, radio, and print media – including the local affiliates of ABC, NBC, CBS, Fox, and NPR.

You are spoon-feeding the media what it needs to generate compelling content for their programs. The upshot is that you, and therefore your business, get featured in the top local press, which in turn can be leveraged to generate coverage from top national press.

If you were sitting with someone who wanted to penetrate the mainstream – what would be the three biggest pieces of advice you’d give them?

Then you need to get clear on what’s out there and what’s not out there. What are the intersecting fields of your work? What kinds of services are other people offering in these fields? What do they bring to the table? What do they not bring to the table? What is an unmet need that you are filling? What do you, and you alone, have to offer that is going to rock the foundation of this planet? You need to get super clear on the answers to all these questions, before you have any business showing your face to the world.

Can you share three stories or case studies of fringe dwellers who have, somehow, penetrated into a broader appeal than just their own immediate networks? And maybe some examples of projects or businesses that tried and failed to bridge that gap?

The bottom line is this: If you want to get into media, you need to do the work of getting yourself media-ready. You need to nail down your brand, target audience, and message. You need to apply that message to your online presence, through compelling website and social media content. You need to establish a name for yourself by speaking at numerous venues, collaborating with VIPs and bringing them into your network, and pursuing media coverage from local and indie, then increasingly more mainstream outlets. You cannot skip over any step of this process, or it won’t work. You cannot demand that the media conform to your way of doing things, or it won’t work.

The first step was interviewing the restaurant owner/chef about all the questions I mentioned previously – getting crystal clear on the brand, target audience, and message. The second step was hiring a web designer to create a professional site. The third step was writing compelling content that embodied the spirit of the restaurant in language that would interest the average reader. For example, in the “about” section, I included the amazing personal story of how the chef herself struggled with health challenges – leading her to transition to an organic raw foods diet. Everyone loves a good personal anecdote and an individual to whom they can relate. I also included the science behind why an organic raw foods diet has helped so many people heal naturally from the spectrum of diseases. Our society values science, so give them the damn science.

Once the website was ready, I launched a social media campaign – targeting the kinds of communities that would naturally gravitate toward organic raw vegan food . Then, and only then, I launched the mainstream media campaign – ie, once the restaurant had its game face on. I guided the owner on creating special dishes for calendar holidays and on creating community events and special promotions around those dishes.

For Mother’s Day, I advised the chef to create an organic raw vegan pie specially designed for expectant mothers, incorporating ingredients that support the pregnancy and birth process. I also called it a funky name that would grab people’s attention. I had the chef announce that the pie would be rolled out (as it were) in the restaurant on Mother’s Day and that the restaurant would offer a discount to all the pregnant women ordering the pie on that day. I also advised the chef to teach a class on how to make the pie, the week before Mother’s Day.

In effect, I established multiple time and news hooks, customized for the media: a new dish at a local restaurant — specifically, a pie, and who doesn’t love a good pie; a tie-in to a calendar holiday celebration; a unique health angle for the barrage of stories on Mother’s Day; a feel-good special for moms celebrating with their families on the big day; and a community event gearing up for the holiday. We used the same formula for Father’s Day, and both stories were a hit.

The chef was featured on all the local morning shows on the affiliates of ABC, NBC, CBS, and Fox, as well as in the daily paper, weekly paper, and the local magazine – in several cases, twice over. In addition, the restaurant website shot up to the #1 result for any variation of a search on the words “raw,” “organic,” “vegan,” and the name of the city.

As a side note, media is critical not only for getting the word out to the universe but also for generating high-profile incoming links to your website. Google likes all the major media networks and will give you extra love if you have those networks pointing to your site.

Getting into media is entirely doable if you have the goods, if you know how to work a story, and if you are willing to put in the time and energy to make it happen. Make no mistake: It’s a lot of work. When you get a clip in a mainstream outlet, however, you can reference it for the rest of your life. It becomes the foundation upon which you can build your entire career. And that is priceless.

If people want to learn more about you and your work, where can they go to get more info?

My website is www.loolwa.com, because, hey, there were not a whole lot of competitors for that domain name. In addition to offering public relations management, I offer coaching and consulting services, and I am developing a series of multimedia programs designed for paradigm-shifting, thought-leading, pot-stirring, let’s-change-the-world-with-our-awesomeness, social entrepreneur types. As part of these programs, I will pass on all the tricks and tips I have developed over the years, for nailing the mainstream spotlight. 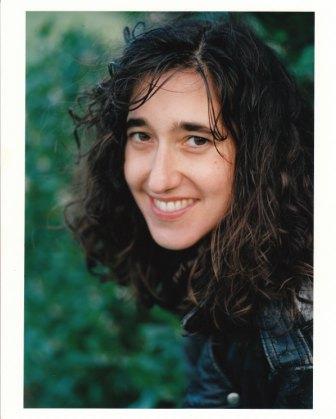 In addition, wearing her various hats, she has worked with and/or connected her clients with top medical professionals – including Andrew Weil, MD, Mehmet Oz, MD, David Simon, MD, and Martin Rossman, MD.