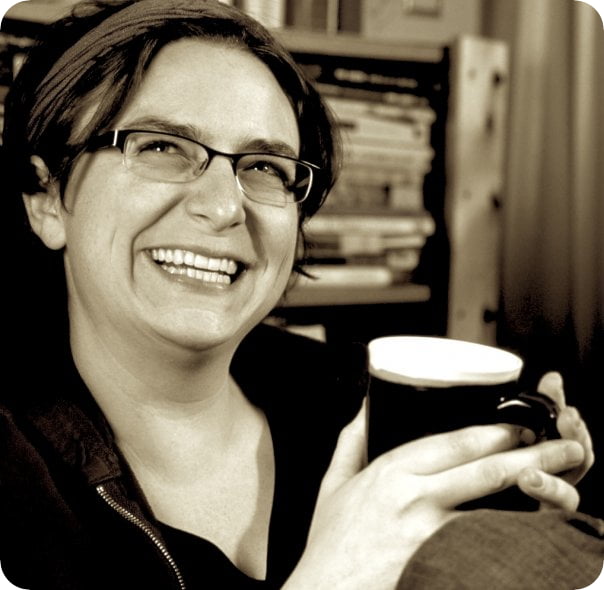 A few months back I met a lady named Chris Kay Fraser. She was working on a project that I thought was pretty amazing and I blogged about it (click here to read it). Once it was done, I asked her some questions about the contest from the business and marketing side.

Here’s what she had to say.

Thanks for inviting me back to your blog to answer some more questions about the “Love Letters Aren’t Just For Lovers” campaign. It’s nice to be back!

For those who didn’t read my original post, there’s background on my website here, but in a nutshell, I recently got really inspired by the idea of love letters.

I decided to launch a Love Letters Aren’t Just For Lovers campaign, as an extension of my business Firefly Creative Writing. I ran a series of free love letter writing workshops, hosted a large love letter contest,  and created a love letter reading event for some of the participants, and then, last week, I launched the final stage – a love letter e-class. It’s been a beautiful whirlwind of love!

Here’s a little about what I learned…

1) What was the response to the contest?

Oh my goodness Tad, it was unbelievable!

I received a constant stream of letters through the fall, from all over Canada, as well as India, New Zealand and the UK. I received letters to babies and grandparents, sisters and mentors, tennis partners, old friends. One woman write to her childhood horse. One wrote to the colony of raccoons that had lived outside her window when she was a girl, who made her feel less alone. One wrote to her breasts, the morning that she was going in for breast-reduction surgery.

The volume, and the depth, of the words of love that rolled into my mailbox was astounding.

Mainly, word traveled through word-of-mouth and facebook posts. I also bought some facebook ad’s and some google ad’s to carry the message further.

2) I noticed you added a jury prize vs. just the top three – why was that?

Well, this was interesting… On the night that the jury met, we had no idea how we’d judge the letters. To be honest, we all felt it was incredibly counter-intuitive to choose favorites. The jury members are all veterans of my writing workshops, were writing is never judged, but rather deeply appreciated, so these jurors had all built their abilities to deeply hear and love writing, rather than approaching it with a sense of competition or critique. Suddenly we had to pick favorites, and we were all a little thrown.

I could feel the nervousness rising in my living room as they settled in. After a little warming up and some red wine, I had them each write down their favourite three letters, and then they took turns telling (and often passionately defending) what was on their list.

Two things became immediately clear. First, they all had different tastes. Many letters were discussed. Second, there were three letters which rose quickly to the top as unanimous favorites.

The top three – Letter To Baby, Dear J and To My First Love – were on almost every list. Statistically, there was no question – these were the jury’s choices.

However, no one would have walked home satisfied with only three letters to honor. So, I had each of the juror’s choose their own special favorite.

In the end, it was a beautiful and very natural process. We hated to leave anyone out, but I was mostly pleased with the decisions that were made.

Also, I was able to honor more of the letters in the public reading I hosted on February 13th here in Toronto, and more still in the letters I bought the rights to use as examples in the Love Letters Aren’t Just For Lovers e-class.

3) how, if at all, do you think this contest will help you make more money and grow your business?

It’s funny, Tad, I feel a real resistance to answering this question! Hunh! I think it’s because the project was born out of a moment of innocence and inspiration; I kinda hate to cast it in the light of gain and capital. But, capital is the currency we live within, and this is a marketing website, so let me see…

1. Fundamentally, the campaign carved out safe space for me to connect to people’s tenderness. This is what my work is based on – connecting to tenderness. Of course, people tend to feel a lot of resistance to that! I hear from people all the time that the reason they didn’t sign up sooner for a workshop or correspondence class with me was fear. And yet, they almost always wish they’d conquered that fear earlier.

Through the one-off workshops and the contest, and even the reading, I allowed people to step past their fear, into that tender space, in small, not-too-threatening ways. Although I didn’t plan it, I’d imagine that the “foot in the door” phenomenon was happening – I made tiny, positive connections with people who might later take the next step, and sign up for a workshop or correspondence class, or one-on-one coaching.

2. It also gave me a hip, grippy way of explaining what I do. Take you, for example. I met you in October at one of your networking events. You asked what I do, and I, typically shy to talk about myself, mumbled, “I teach creative writing” Hello: boring! You glanced over my shoulder to where appetizers were being passes out. I almost lost you. Somehow, though, the conversation wound around to the love letters, and your eyes lit up. “I am running a love letter contest”… That’s worth listening to. You were back.

3. Finally, I did turn this into a product. I distilled all of what I learned through the fall into my first purely on-line class, a seven week self-guided journey in writing love letters, available through my website. In the e-class I’m aiming to translate some of the warmth and safety I created in the love letter workshops to an on-line environment. The contest,  workshops and reading were all free-of-cost, but the e-class is $40. I’m proud and excited to share it.

4) favourite part of the process for you?

To answer this question I need to get personal.

I’m a dweller of the deeps. I feel things in passionate and sometimes-devastating ways. I have a hard time, often, living in a world of small talk. I’m always trying to get under the surface.

This contest gave me the opportunity to feel deeply,  every day,  and to connect to others from that place. From the empathy and sadness I felt when I first read “Letter to Baby”, which tells the story of the author’s journey into first-tine conception and miscarriage, to the joyful nostalgia of first love that bubbled up in “Dear J” and “To The One Who Got Away” (all of these are available to read here) – I was swimming in a deep sea of joy, angst and truth-telling. I love it down there.

This project was an incredible amount of work, mental, financial, emotional. I spent hours replying to letters, answering questions, figuring out new html code, acquiring contest prizes, organizing the jury… Oh, the list is endless. And yet here I am, on the other side of it, and I wouldn’t trade one minute.

It may not have been practical in a purely financial field (yet… The e-class is available to anyone in the English-speaking world with an internet connection…) but it let me be myself, no compromises, doing what I do best. This, to me, is the epitome of self-employment.

Thanks again, Tad! Your interest and enthusiasm was one of the strong winds that helped move this project forward, into the right hands and hearts. You are an amazing weaver of community and I’m grateful for it.