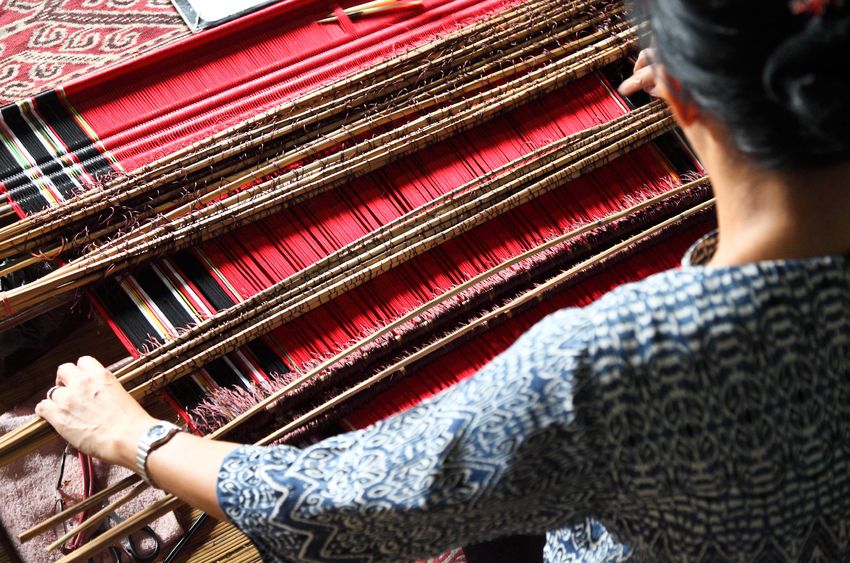 I couldn’t get myself to tidy my home on a regular basis and I seemed to resent scheduling regular calls with clients because I hated my schedule being so full and I hated being locked down to sit at my computer. I spend to much time on it already (shakes fist at Facebook). Then I combined them (tidying + coaching calls) into The Puttering Sessions. The response has been incredible (the first round sold out in two hours or less), the waiting list is growing and feedback from the sessions has been strong.

And on one of those puttering sessions I spoke with a client in Glasgow. He’s studied a form of personal and spiritual growth that’s made a big difference in his life but rankled at the thought of being a typical life coach who was stuck on the phone talking with people everyday. He’s also one of the tidiest people in the world and has a deep love of doing the dishes and would travel the world to find a new way to fold his socks more beautifully. And so, when my launch email for my puttering sessions hit his inbox he was overjoyed and told his confused co-worker, “I’m going to be doing a marketing coaching session while he does the dishes! I love tidying!“

During our call, as I listened, ideas began to occur to me for him. “What if you were to do some YouTube videos where you videos yourself tidying your home or teaching that new way to fold your socks and you were to pair that with some insight that you had about your inner work? What if you were to weave together those two seemingly unrelated worlds and show how they were actually the same? What if, instead of doing coaching sessions on the phone you were to go over to their house and spend the day tidying a room of their house, a deep cleanse, while you were also doing a deep inner cleanse about a particular something that was bothering them? And what if you brought people together in a MeetUp style group to help some good community groups get organized or to tidy a park and it included a potluck and a little talk from you? And you could even do a 30 Day virtual challenge where people spend thirty days cleaning their home while also cleaning up their mind. They’d take and post before photos and after photos. They could have a daily tidying and journalling practice.“

He was over the moon with the ideas.

There was a life-coach who loved hiking. He was thinking of quitting coaching, because he was locked inside on his phone all day, until one day a friend of his asked if he couldn’t ask people to go hiking with him and do deeper coaching sessions in that way or, at least, do the sessions on a Bluetooth headset while coaching.

There was a triathlete kept meaning to start up a podcast but couldn’t find the time until he tried recording it while he was cycling. The out-of-breathness of it gave it an authentic feel, people loved it and he was finally able to start doing it.

Imagine a barber who loves old folks and their stories and cutting hair but who hates being locked in a barber studio all day, five days a week who decides to work out of his bag and travel to old folks homes to cut hair.

Imagine a life-coach who’s a gardener who works in the garden while coaching and uses metaphors from nature and what’s around them while they coach people, or who brings them by to work in the garden with them?

Imagine someone with a penchant for knitting who knits while talking to them on the phone or who invites them over to her home to knit together. The client would be asked to work on making something as a gift to soemone they care about. She could host worshops and insist that every knit while she talk and she could knit while she teaches.

Or hide tanning. Or wood cutting. So hand skills that could be woven into a rhythm of teaching. This is, of course, nothing new.

Where could you weave together what you love, what you need to get done and your work together?

Note: If you’d like support in finding out what this might be for you, I invite you to get on the email list for my more in-depth, mentorship program. You can sign up here to be the first to hear when spaces open up.