A lot of us have fears we never speak about. Fears we imagine no one else has. Fears no one else could understand.

And I think it’s important to know what these are for your client.

I’ve been writing a lot about the journey and the key elements of your platform lately.

Here’s a recap if you’ve missed it.

Imagine a young man on an island (which we’ll call Island A). It’s not that great a place to be. But, it’s all he knows, so he goes about his days. Then he starts hearing that his is not the only island in the world. That there are other islands. At first he doesn’t believe it, but the more he visits the docks and meets these visitors the clearer it becomes. It’s true. And then, one day, he hears about a particular island (which we’ll call Island B). And his heart leaps. He wants to go there.

Of course, he needs to get a boat to go there.

But there are so many boats to hire! Which one to choose?

Your business is a boat. It helps people like this young man get from Island A where they’re struggling with some problem (i.e. set of symptoms they don’t like) to Island B where they have the result they want (i.e. something they’re craving).

Island Z is where they’re secretly scared they’re going to end up if they do nothing.

These fears are rarely talked about, but they’re deeply real for people. These fears aren’t things you can be ‘known’ for but understanding them gives you an incredible empathy and sensitivity which will allow you to engage the other three more deeply and safely.

And many of us are, secretly, so scared we’re going to end up there.

If’ I’m in my 70’s and starting to forget a lot of things, I might not tell anyone because if I do they might take away my driver’s license. They might want to do tests. They might tell me I have alzheimers. And I’d just rather not know.

Island Z can be so terrifying that it keeps us frozen in a holding pattern that’s not healthy for us. And it’s exhausting. We spend so much energy trying to avoid look at it.

When you begin a conversation around new and better possibilities for people, it can bring them face-to-face with their current reality and where that might lead.  It brings them face-to-face with the quality of life that they are currently settling for and where that might lead.  Most people know that more is possible — which makes it all the more painful to look at the level they have decided to live at.

This will bring up pain for people.  So, it’s important to realize the mechanisms that people have for dealing with pain.  In fact, these mechanisms are probably what caused them to settle in the first place.  Basically, there are…

6 Ways We Avoid Dealing with Pain:

1.    Denial: We try to pretend that it’s not there.  We pretend that it doesn’t hurt.  It’s like the old Aesop’s fable about the Fox trying to get the grapes.  He tries to trick the crow into dropping them but, when unsuccessful, walks away saying, “I didn’t want those grapes anyway.”

I have heard people describe denial by using it as an acronym for Don’t Even Notice I Am Lying.

We will go to amazing lengths to pretend we don’t have a problem.  Whether it’s as extreme as alcoholism, the state of our physical health or the state of our finances.  We sometimes seem to believe that if we don’t look at the problem it will simply go away.  Denial is the ostrich sticking its head in the sand.

2.    Sedatives and Numbing Out:  We use sedatives of “food”, alcohol, drugs etc. to lower our level of pain.  The use of any of these once a while, isn’t the issue.  The issue is that we use these as a consistent pattern.  But perhaps the worst drug of all is when people tell themselves “it’s okay”.  When we have attempted to create a result again and again and failed – we tend to give up.

When we try to handle our finances in countless ways and can’t seem to get it together we will either step up and take another cut the ball or we will step down and deal with our pain by saying, “it’s okay.  It’s not really that bad.”

We will reinforce this by hanging around with a peer group that has equally low expectations of life.  This peer group will say things like, “Hey, don’t be so hard in yourself.  Quit working so hard.  Relax once a while.”  But the peer group is not really saying these things out of any sense of true caring for the person the because they don’t want to look at the fact that they are also in pain – and they don’t want to lose their friend.

3.    Rationalize And Tell Themselves Stories:  you can hear a rationalization a million miles away.  They almost always start with the words “Well it’s not like I…” or “At least I  . . .” (followed by the one strong standard they have).

The easiest way to rationalize lowering our standards is to compare ourselves with people who have even lower standards.

4.    Justify:  We give our reasons:  “I mean I should do this but…” in whatever comes after that “but” is our “excuse” for not taking action.  So, at least we acknowledge that there is a problem, but the way we choose to deal with it is to prove to other people, and ourselves, why we can’t do anything about it.

5.    Using Softeners:  We say, “I’m big boned…” vs. “I’m fat”.  We say, “I’m having a few problems with my finances.”  As opposed to, “My personal finances are a disaster.”  We will use the language that softens the emotional impact — and so we will never ever connect with the pain that could actually drive them to create the change they want in our lives.  Until we face, and ultimately embrace, the pain they are currently experiencing we will never have the energy or motivation to create the level of change we want.

6.    We Blame: We make it someone else’s fault. It’s my ancestors, my family, my friends, my boss, the world, God, circumstance . . . anything but us. Then we get to feel like a victim and get some sympathy (which can feel nice). But nothing changes. All of our energy gets invested in trying to change things we can’t change.

This is different from seeing how one’s problem or fear is actually a symptom of a larger collective issue – e.g. perfectionism – which can be really freeing.

So how do you deal with these deep fears?

With a lot of love and empathy. Many entrepreneurs miss the empathy piece and end up with one the four client repelling traits I speak to in this blog post. 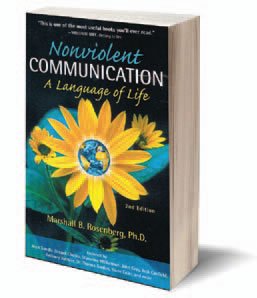 Many of the following responses to people’s pain may seem empathic, until you’re at the receiving end of them. Give this a read and notice what responses people give you that don’t feel good – and notice which one you tend to give other people.

None of these will work to address the fears of Island Z or create any sense of safety. These are all borrowed from the very excellent book, Non Violent Communication.

3. Arguing: “That isn’t right at all. That isn’t how it happened.” “Boy. I really disagree with you on that.”

4. Commiserating: “That’s terrible. She had no right to do that to you.”

5. Condemning: “I need to call you on your racist shit.”

6. Consoling: “It wasn’t your fault; you did the best you could.” “Everything’s going to be okay.”

8. Criticizing: “You know what your problem is?” “Can’t you do anything right?”

9. Diagnosing: “This is happening because you’re so passive-aggressive.”, “You know, you really have a limiting pattern of always doing _____.”, “You know what your problem is?”

10. Educating: “This could turn into a very positive experience for you if you just . . .” “Well, in my experience, it was very different.” “I have a very different relationship to that.”

15. Interrogating: “When did this begin? What are you feeling?”

17. One-Upping: “That’s nothing: wait’ll you hear what happened to me.”

So, if those don’t work, how do you engage with it?

Fifteen Ideas on Dealing with the Fear of Island Z: