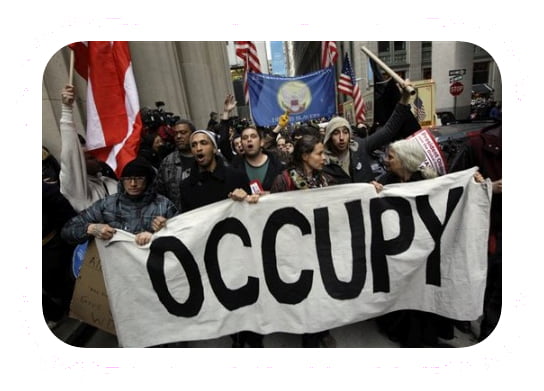 Not all of us are activists.

Not all of us will be called to the front lines of social change, or to camp out for weeks, to lock down, sit in and march.

Some of us are working for healing the wounds that keep perpetuating the sick system we have.

Some of us are working to build alternatives to the failing ones that face us.

But some good souls, increasing in number, are called to move into action and resistance; to slow down the juggernaut of destruction, to hold back the tides of exploitation that threaten our planet and all of its creatures. 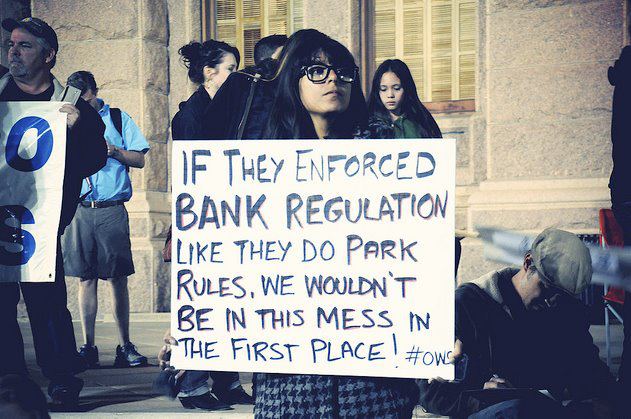 Occupy Wall Street is a people-powered movement that began on September 17, 2011 in Liberty Square in Manhattan’s Financial District, and has spread to over 100 cities in the United States and actions in over 1,500 cities globally. #ows is fighting back against the corrosive power of major banks and multinational corporations over the democratic process, and the role of Wall Street in creating an economic collapse that has caused the greatest recession in generations. The movement is inspired by popular uprisings in Egypt and Tunisia, and aims to expose how the richest 1% of people are writing the rules of an unfair global economy that is foreclosing on our future. 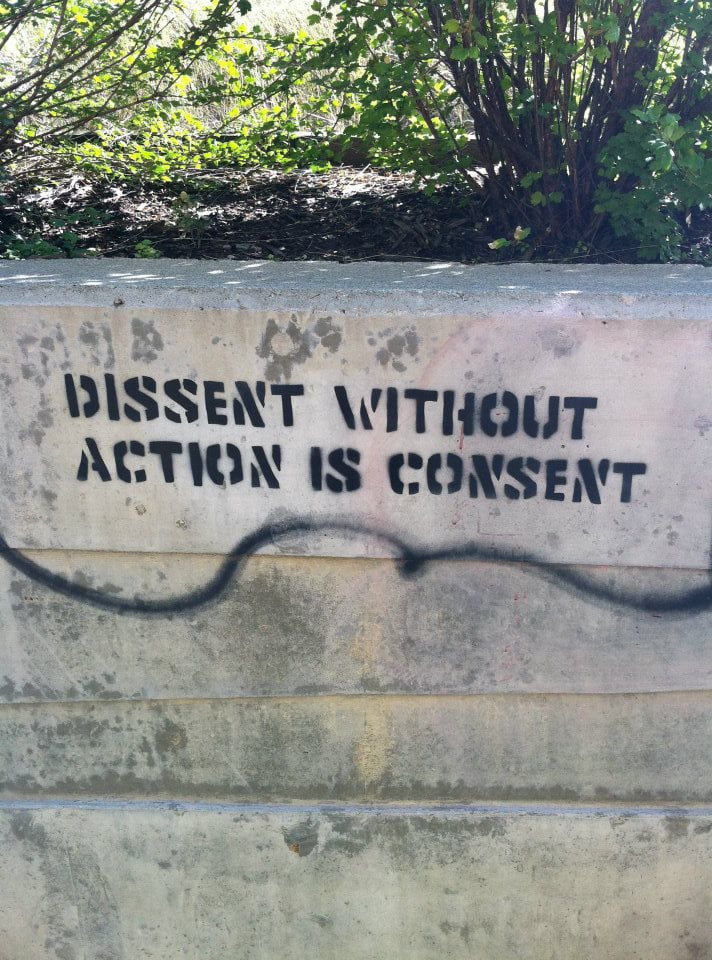 It’s easy to mock this type of change. To say it’s disorganized, negative, pointless and impatient. All things which have been said about the women’s rights movement, the civil rights movement etc. Movements that were vital for the kind of society we have today. Movements that did so much to make our societies more just and sane. I say god bless everyone who’s willing to take action and put their bodies on the line for a more whole and loving world.

We are, in fact, seeing a planetary gold rush. And this is being touted by many as smart and wise investment. And I don’t doubt that, for the current system, it is. But shouldn’t we question the current system? I just got these words from a friend of mine in Calgary. She’d heard a fellow named Gates share them at an Occupy Calgary rally . . .

On CBC Radio the other day I heard a report about gold mines in South Africa. In parts of South Africa there are very very large gold mines owned by multinational corporations. The South African people work in these mines under terrible conditions, and can barely survive. This is the only option for survival for these people. Those who work in the mines are considered lucky, the rest die in poverty.

There are 750,000 cases of tuberculosis reported each year in this region. In South Africa, tuberculosis is a deadly disease. The people contract it from inhaling tiny particles of silicate in the mines, which they are not protected from. Forget HIV/AIDS, forget hunger, forget the other thousand reasons that African People die from by the thousands, millions year after year, decade after decade.

This one number alone is staggering.

This is all happening at a time when gold is in highest demand, it’s selling for more than it ever has before, a time where western currencies are being sold off in return for gold and other real assets. People are buying gold to protect their wealth which is threatened by the currencies of many nations losing value at something more than historical norms.

And yet, we’re told to invest in gold. To stock up on it. But we are not told about the consequences. And none of the above even begins to scratch the impact that this kind of dirty gold has on the world and its peoples.

I’m with Joanna Macey when she says we need to honour all three levels of change: holding back the destruction, creating alternatives and shifting consciousness. That none of those levels have a monopoly of the ‘real’ work and they all need to work together more. Recently, I’ve seen a number of comments criticizing the Occupy movement for creating an ‘us vs. them’ mentality and duality and saying that what we really need to do is just occupy our hearts. I get it. We need to do that too. But, the notion that meditating is the only answer and that everything else is wrong (aside from itself being a dualistic notion) is precisely what Joanna Macey is pointing towards. We need to weave all efforts for change together.

And we deeply need those who will stand up to injustice – who will speak truth and be powerful.

At the heart of Occupy Movement is the notion that J.R.R. Tolkien was right. The core thesis of Tolkien’s Lord of the Ring series was that the centralization of power was the problem. That the question was not ‘could we find someone nicer to rule Mordor?’ but that the ring and Mordor had to be destroyed. Again and again, a pattern establishes itself around the world – the happiest and healthiest cultures in the world are cultures where sharing and generosity are rewarded. The most violent and destructive cultures are those where wealth is hoarded and greed is rewarded.

There are two ways to live: ‘how can i get what i want?’ and ‘how can we all get our needs met?’ The former makes us miserable, the latter makes us happy.

This quote from Judy Wicks says it all. She’s the founder and proprietress of the White Dog Cafe in Philadelphia. She co-founded the Business Alliance for Local Living Economies (BALLE), a network of business groups in North America that create living economies in their regions.

“The Local Living Economies Movement is about: Maximizing relationships, not maximizing profits, Broad-based ownership and democracy, not concentrated wealth and power, Sharing, not hoarding, Life serving, not self-serving, Partnership, not domination, Cooperation based, not competition based, Win-win exchange, not win-loose exploitation, Creativity, not conformity, A living return, not the highest return, A living wage, not the minimum wage, A fair price, not the lowest price, “Being more, not having more”, Interconnectedness, not separation, Inclusion, not exclusiveness, Community and collective joy, not isolation and unhapppiness, Cultural diversity, not monoculture, Bio-diversity, not mono-crops, Family farms, not factory farms, Slow food, not fast food, Our bucks, not Starbucks, Our mart, not Wal-Mart, a Love of life, not love of money.” 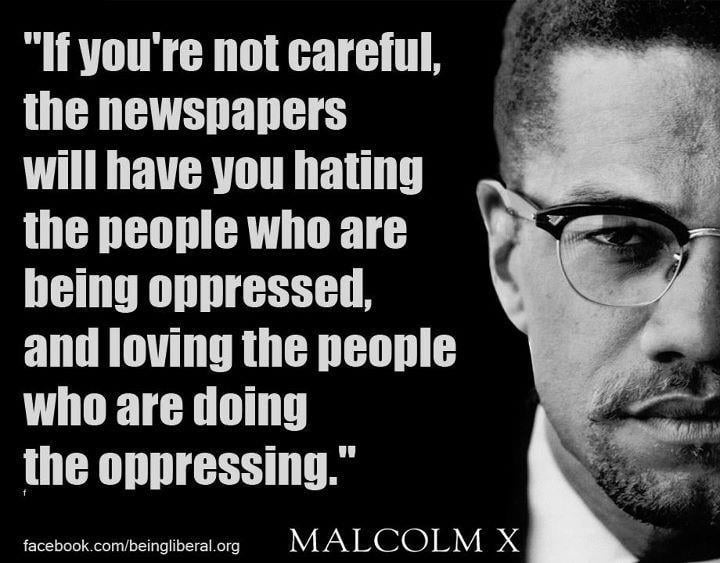 And those questions are important.

When thinking about why the top 1% are rich remember this: If success relied solely on hard work and ingenuity, most women in Africa would be millionaires, most migrant farm workers could have retired by age thirty and most chinese factory workers would be reading this blog from their 90 foot yacht off the small island they’d bought in Croatia.

The wealthiest man in the United States at the founding of the country? None other than George Washington (who was responsible for the slaughter and scattering of many indigenous communities). How much of the wealth of the wealthiest families in the United States had its roots in free access to stolen land and slave labour? More than you’d think. Much more than you’d care to want to believe.

I would submit that much of the personal growth and conscious wealth creation scene has become simply another expression of the Suicide Economy that is destroying so much that we hold dear. That elements of it have become a wolf in sheep’s clothing and a spiritual rationalization for greed and material acquisition. That is has become another rational to avoid living within the beauty of our limits.

And I think we should question that.

We don’t need to demonize people in order to name what we see happening and work to stop it.

This isn’t about punishing, it’s about stopping abuse but ultimately seeing those who are doing harm healed as well.

As we work to stop injustice my wishes are also to see . . .

. . . the scientists who create so many poisonous drugs, chemicals and weapons liberated from the constraints of chasing funding, adhering to a materialistic worldview and Scientific dogma so that they might turn their brilliance into the creation of ingenious solutions that heal the world and inspire our minds.

. . . the rich freed from the Golden Cage of wealth and the fear it creates, freed from the Hungry Ghosts who plague them with their endless hunger for ‘more’ and have their hearts filled with honey so that they can send hundreds of gold laden boats out to sea in the direction of the highest aspirations of humanity.

. . . the politicians freed from the need to be re-elected, approved of and the backroom deals with the devil they feel they must do so that we can see the rebirth of true Statesmanship turned towards the reweaving of the soul of our communities.

. . . men liberated from the shackles of patriarchy so that the genuine masculine can return, white people unlocked from the lies of racism so that their roots may go deep into the soil of their indigenous hearts,

. . . the masses liberated from their ignorance and the veil of lies that has been cast over them so that they can look up and see the sky clearly again.

. . . the police officers freed of the need to protect the property of the elite and able to become members of the community – a genuine force to serve and protect and restore wholeness in our communities rather than punish and exclude minor offenders. May the police be liberated to bring the beautiful strength and discipline they carry to hold accountable those who do the most harm to our communities rather than trying to punish those working to protect our communities. May they know so much love and support in their lives and feel such pride in and love of their role as community protectors that they would never tolerate abuses of power, brutality police violence against peaceful protestors or racism within their own ranks. May the day soon come where we those who work for justice can count on police protection rather than needing protection from the police. 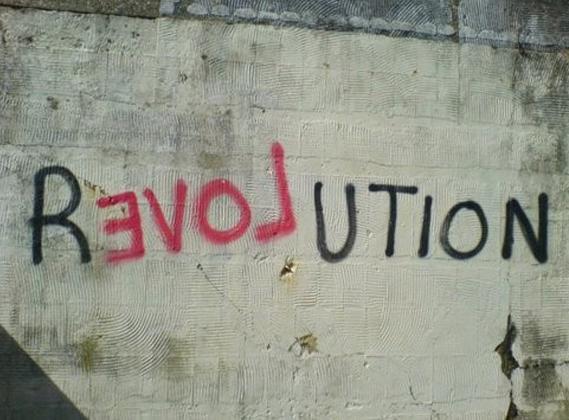 Like all movements, it struggles, at times, to get its message heard by the media – to clarify what it’s about. And I’ve never seen a better and more beautiful rendering of the heart of the message than my dear friend Drew Dellinger‘s video below. Drew is an extraordinary poet and spoken word artist whose work seeks to bridge the worlds of social justice and environmental sustainability.

If you’re moved – consider joining me in donating to the movement today.