We are in dark times these days, children of a toxic economy that is slowly but surely removing all of the conditions which allow life to thrive. But today is the Solstice and that means that we are halfway out of the dark and, as the days grow longer, it can be helpful to have some Sun towards which to turn our faces.

And so, this little blog post is my attempt to be a faithful reporter of some of the good news our times. Heaven knows there’s enough bad news out there right now. And it’s not that the bad news isn’t real. It’s not that the good news is more real. It’s just that we get so precious little of it and, if we’re not careful, we’ll fall under the sway of believing that it doesn’t exist. And to ignore the good things happening is to deeply dishonour the Herculean efforts taken on by a few for the good of so many. So this blog post is some small measure of celebration for them and for you and all of the good things you’re trying to make happen in the places you are coming to know as home.

When times are dark, it can be good to remember the advice Mr. Rogers received from his mother,

“When I was a boy and I would see scary things in the news, my mother would say to me, “Look for the helpers. You will always find people who are helping.”

And a troubled time we are in. It is a time that whispers to us the end of many things. It is a time where it can be easy to fall into deep despair.

In times like this, out attention can draw inward into self concern, but, here we are the Solstice and the world is beckoning us to consider some sort of outward movement again. The world is beckoning us to begin thinking of brighter days and to allow our mind to begin it’s planning for them. The world is reminding us that we will all be coming together again in the Spring and Summer – clans from miles away, separated by the long winters, rejoining together. We’re not there yet, and food is scarce but as my ancestors would say,

“Is ann an uair as gainn’ am biadh as còir a roinn/‘Tis when food is scarcest it should be divided”. – Scottish Gaelic Proverb

I was recently at a workshop with the good Kenton Zerbin about Permaculture and Community. I share these thoughts, inspired by that workshop and other things here.

What is community? I think that, in this day and age, we see community to be one of two things.

One way it is seen is to be simply a collection of individuals. And so the health of the community is then about making sure each individual is healthy. Somehow, the invisible hand will use all of our selfish motivations in service to some greater good that we hope exists. This kind of community is driven by a focus on each person getting what they want (at the most shallow level) or getting their needs met (at a deeper level). But, even if everyone works to get their individual needs met, and does, it doesn’t necessarily mean the community will be healthy.

The other way it’s held, often in new age and holistic communities is to mean the same thing as unity. A sort of hallelujah chorus of “we’re all one.” This is often driven by an ignoring and denying of our own and other’s needs.

It is instructive, though, if we look at the etymology of the word community. Its Latin roots ‘communitatem’ tell us something important. 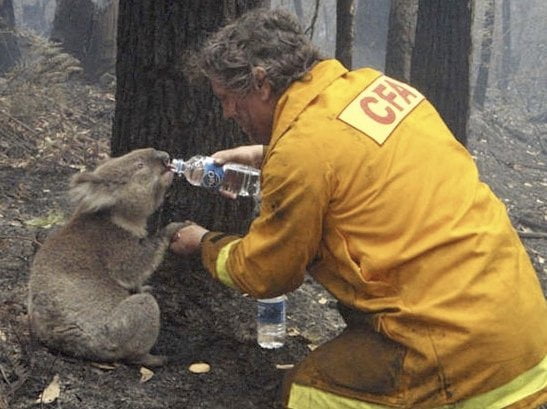 ‘Com’ Means with or together.

‘Munis’ means the exchanges that link.

And so, taken together they tell us something about the many small, local exchanges and sharings that link us together. The word whispers something to us about relationships.

Community, in this way of understanding it, is about the fostering of good and strong relationships between the members of the community. It tells us that the health of the community can be found in how well things are connected like the myscellial networks, and roots under the ground and unseen that keep the forests and grasslands alive and support the sharing of food and information. And that the root ‘tats’ is in there is telling as well. Small connections. Many of them. Not just one connection to tend to.

It speaks all of our obligations (a word hinged around the root word ‘lig’ which suggests something that connects things and brings them into temporary alignment (again with the ‘lig’) like a ligament (again – lig) does with our bones so they can work together better. It suggests that health will be found, not so much in taking care of ourselves (like dots on a connect the dots page) or by trying to unify everything (like mashing all those dots together into one ‘superdot’) but rather by drawing the lines of connection between them to see the picture of health and resilience that emerges. 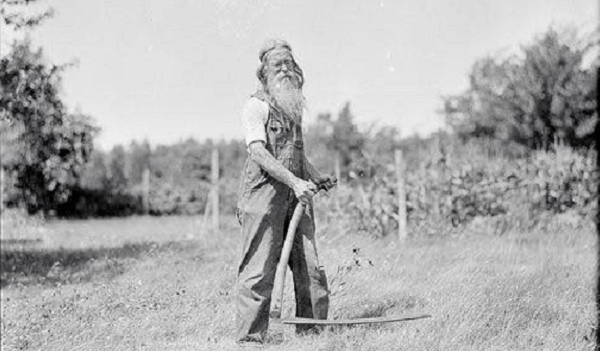 Community whispers to us wealth is a collective thing, as this story of the corn farmer by Stephen Kaczor reminds us,

“There was a farmer who grew excellent quality corn. Every year he won the award for the best grown corn. One year a newspaper reporter interviewed him and learned something interesting about how he grew it. The reporter discovered that the farmer shared his seed corn with his neighbours. “How can you afford to share your best seed corn with your neighbours when they are entering corn in competition with yours each year?” the reporter asked.

So is with our lives… Those who want to live meaningfully and well must help enrich the lives of others, for the value of a life is measured by the lives it touches. And those who choose to be happy must help others find happiness, for the welfare of each is bound up with the welfare of all…”

Of course, it’s easy to talk about the need for generosity, but hard to do in a dark time. It’s hard to want to extend a helping hand when you feel you don’t have enough. It’s hard to feel generous when the times feel so poor.

And so, for you, I have gathered, like so many hopeful seeds, some small portion of the good news of the last few months that might lift your spirits and fill your cup a bit. May the coming year bring you good news. May your existence continue to be good news to others. May the best day of your past year be the worst day of the year to come. May the mercies gather at your door. 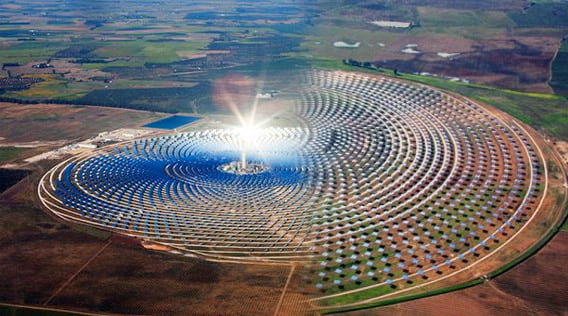 Community Solar Brings Renewable Energy ‘To The Masses’: For the three-quarters of U.S. households that can’t install their own rooftop solar, a powerful alternative is emerging.

Solar Powered ‘Farm from a Box’: Everything You Need to Run an Off-Grid Farm

Sweden is challenging the world to go fossil fuel-free – “We are aiming to be one of the world’s first welfare nations to show that living without fossil fuels is not only necessary, but also sought-after”

Saskatchewan energy to be 50 per cent renewable by 2030.

Wind and solar keep getting cheaper and cheaper

Wind energy is now as cheap as natural gas, and solar is getting close. And it’s only getting cheaper.

Uruguay makes dramatic shift to nearly 95% electricity from clean energy – In less than 10 years the country has slashed its carbon footprint and lowered electricity costs, without government subsidies. Delegates at the Paris summit can learn much from its success

Target Expands List of Chemicals It Wants Out of Consumer Goods 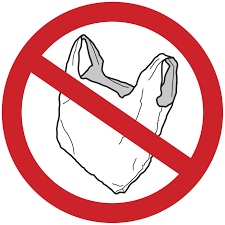 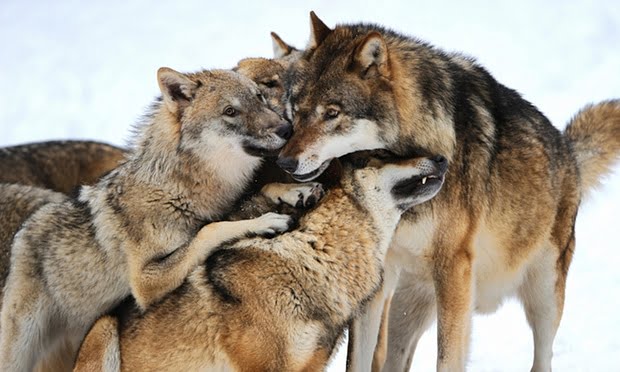 At Long Last, Testing on Chimps to End in the United States – and the World

US and China Agree to Halt Ivory Trade 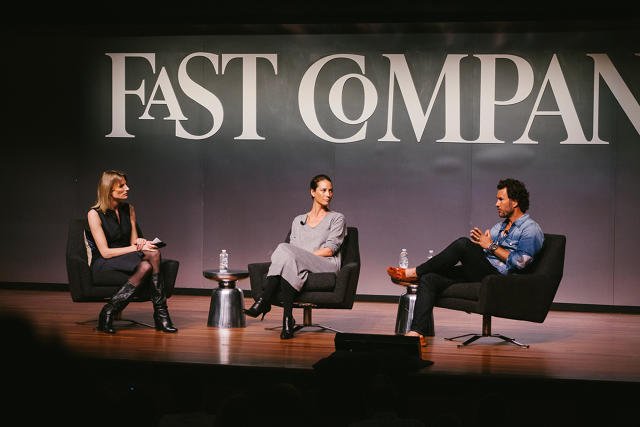 Toms Founder Blake Mycoskie announces a new fund for social good startups. The company has given away nearly 50 million shoes. Now with a cash windfall from Bain, it’s investing to support other companies making a difference.

Carbon Farming Gets A Nod At Paris Climate Conference

Soil can reverse climate change.“For the first time a real solution to climate change has emerged. Studies from around the world are clearly showing that restoring the health of soil harmed by industrial farming techniques can not only sequester enough carbon to halt climate change, but has the potential to actually reverse it in our lifetime, all while feeding us abundant and healthy food. It’s literally a shovel-ready solution to the biggest crisis facing humanity.”

Pastor Turns Food Desert into Garden of Eden for the Poor

Korean Artist Beautifully Illustrates What True Love Is All About

Someone Record Crickets and Slowed Down the Track. You Won’t Believe What it Sounds Like.