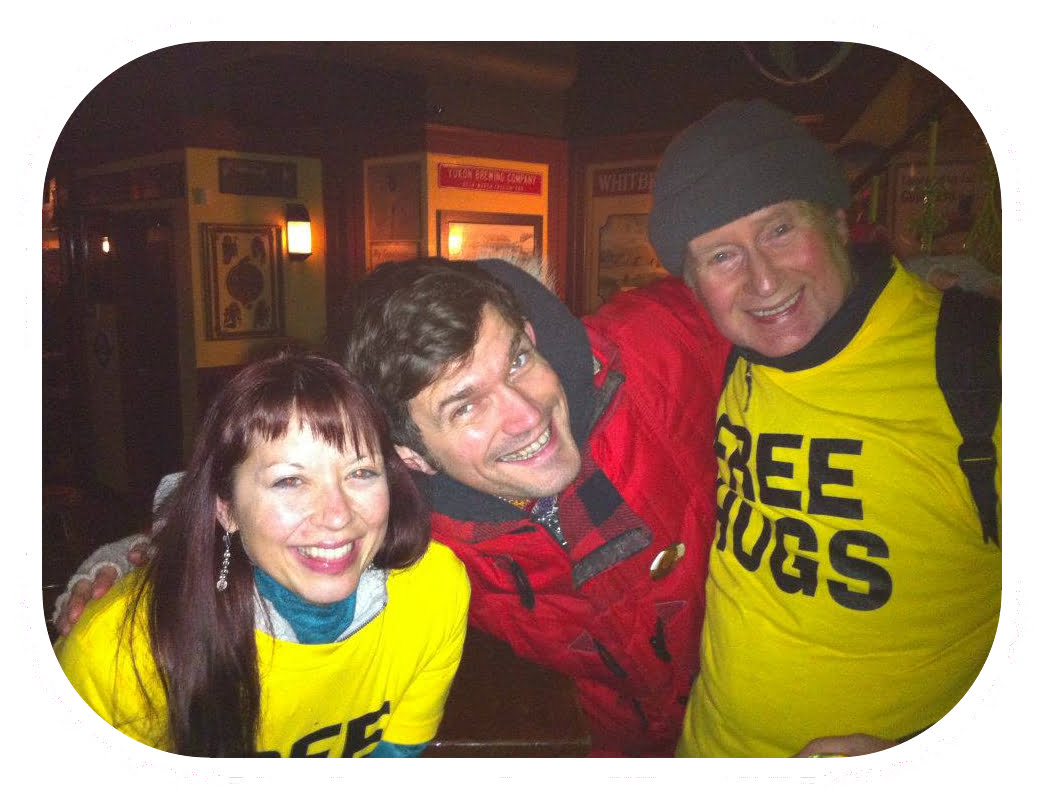 Last weekend, I did something that felt wonderful.

I gathered some of my favourite people and we went out and gave gifts to strangers on Whyte Ave in Edmonton.

I thought you might want to try the same kind of thing so I thought I’d share what we did and what we learned.

Why did I do it? I saw a video that inspired me.

It’s about a man who, on his 30th birthday went and gave gifts to 30 people in Sydney, Australia.

You can watch it here (might make you cry):

Then, I created a facebook invitation that said this:

We’re going to come together to wrap gifts and then go out onto Whyte Ave and spread some love. And maybe some free hugs.

I want to do the same thing and spread Christmas cheer to our fellow Edmontonians and then come back together at my place to share stories and drink some drinks.

– anything you’ve got at home you’re not using anymore that could make an AMAZING gift for someone else (e.g. an old football or frisbee you’re not using right now, old CDs, books, that sweet shirt that someone else could love). Bring as many as you’d like – but be choosy. Only really great stuff. Something you’d be thrilled to receive.

– a bit of a potluck – any food or drinks to tide us over while wrapping.

– could anyone film this and edit it into something youtubeable?

People gathered at 6pm and were welcomed in from the cold with a hot cup of spicy apple cider. They brought snacks and drinks and we got right to wrapping up gifts. Is there a better way to spend two hours than in the company of friends wrapping presents for strangers? I doubt it.

We headed out around 8pm to Whyte Ave, a main street in Edmonton and began handing out gifts to strangers.

In the end, we weren’t able to get it videod (alas) but! here are some photos (and then some lessons below): 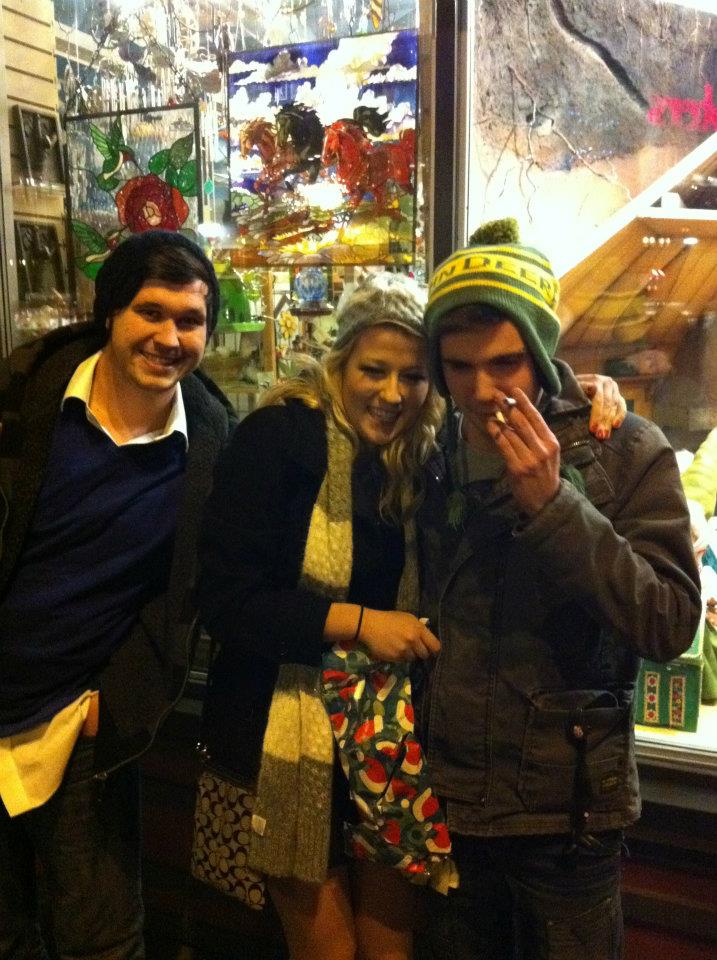 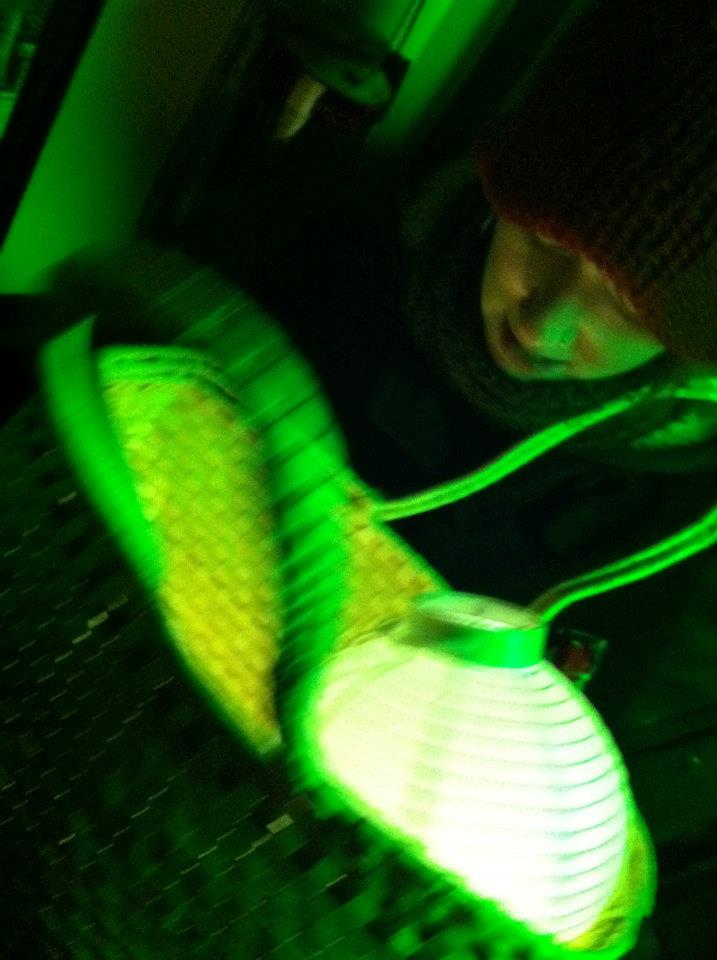 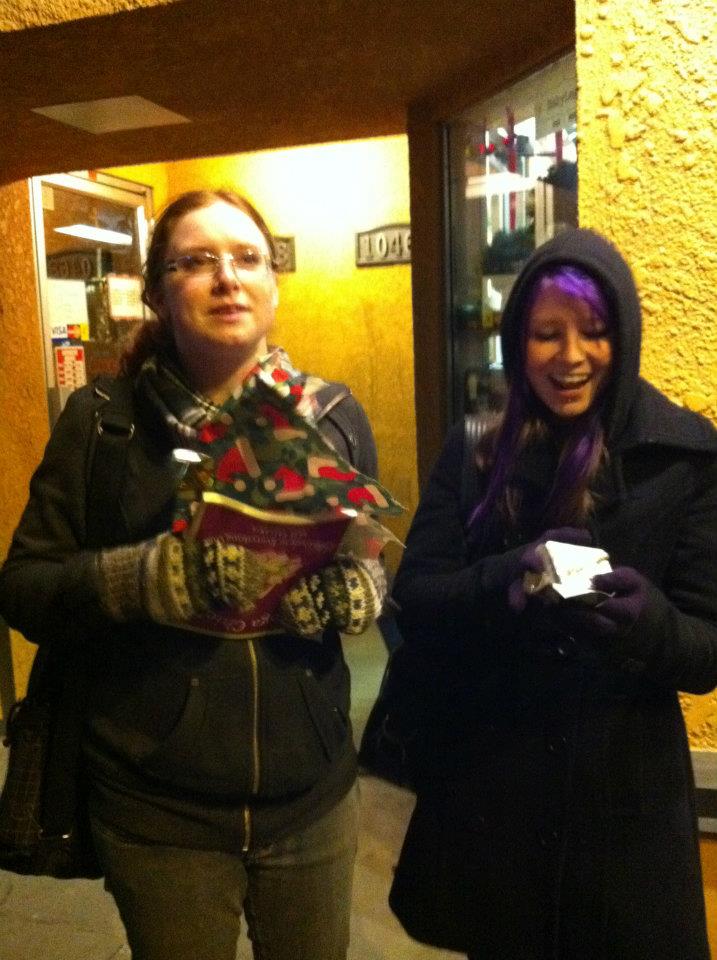 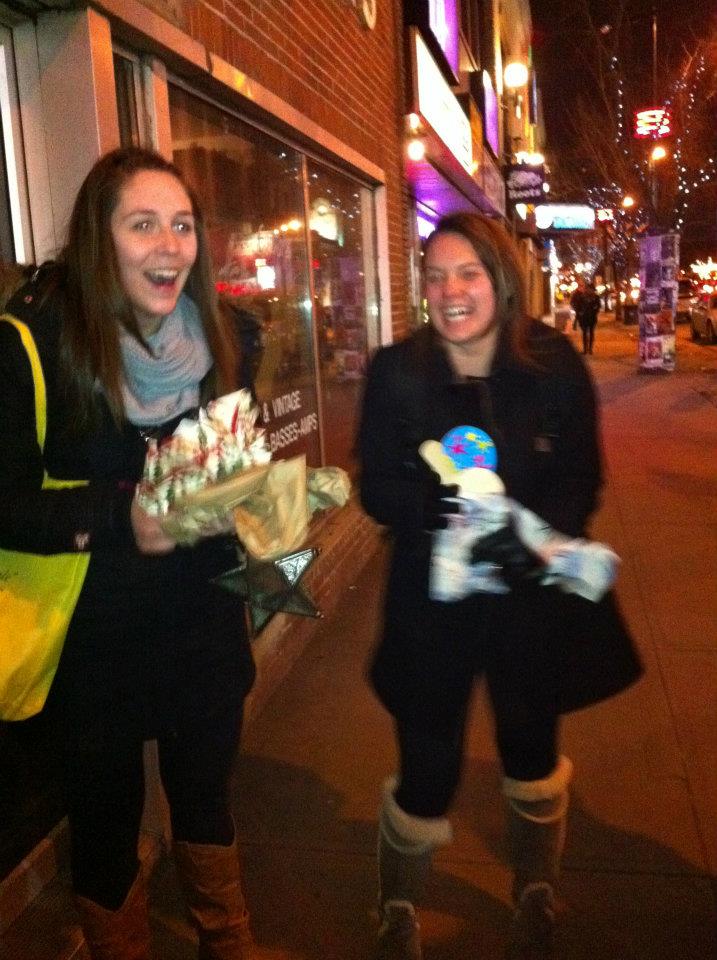 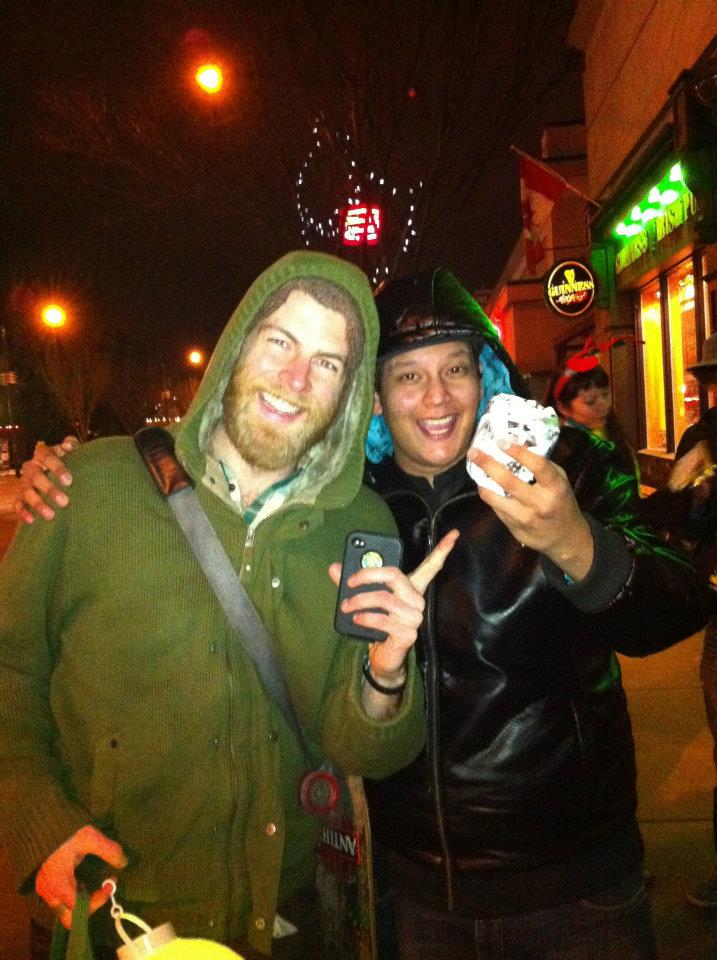 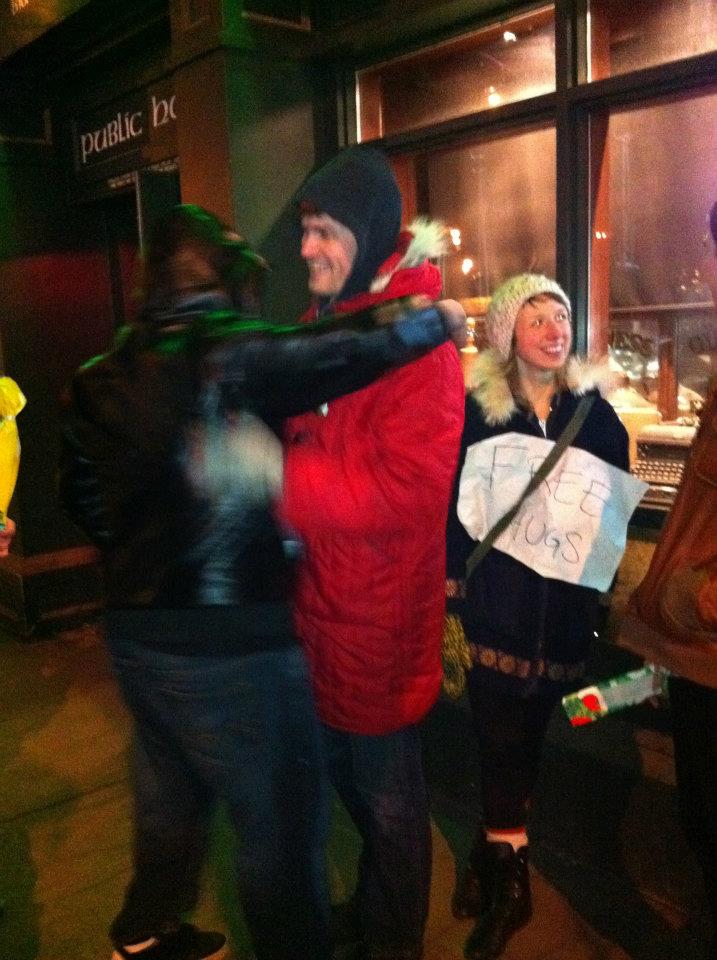 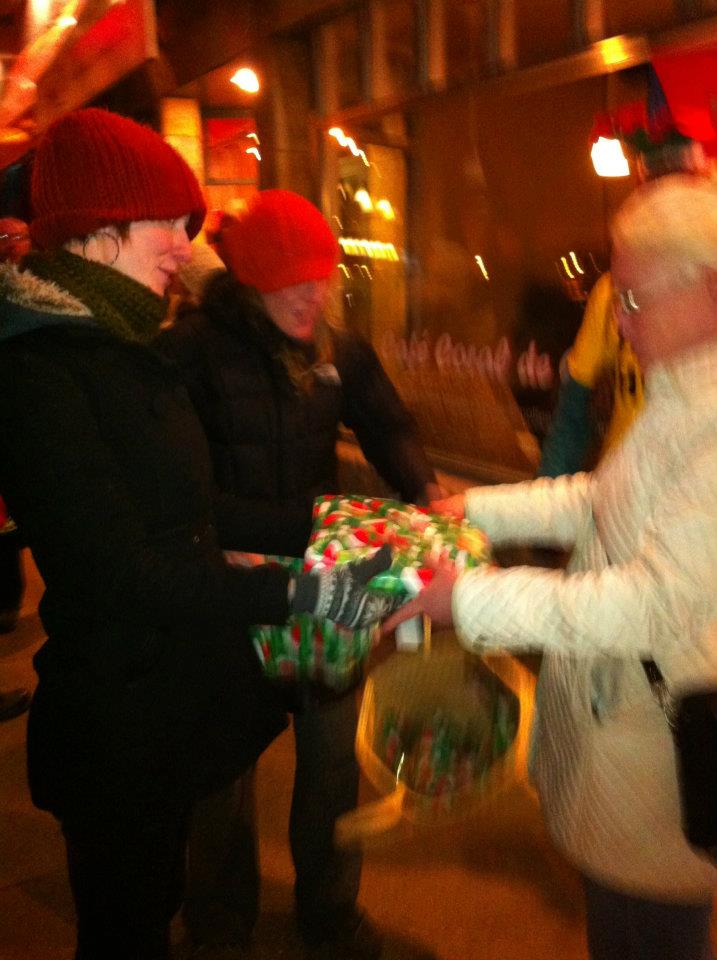 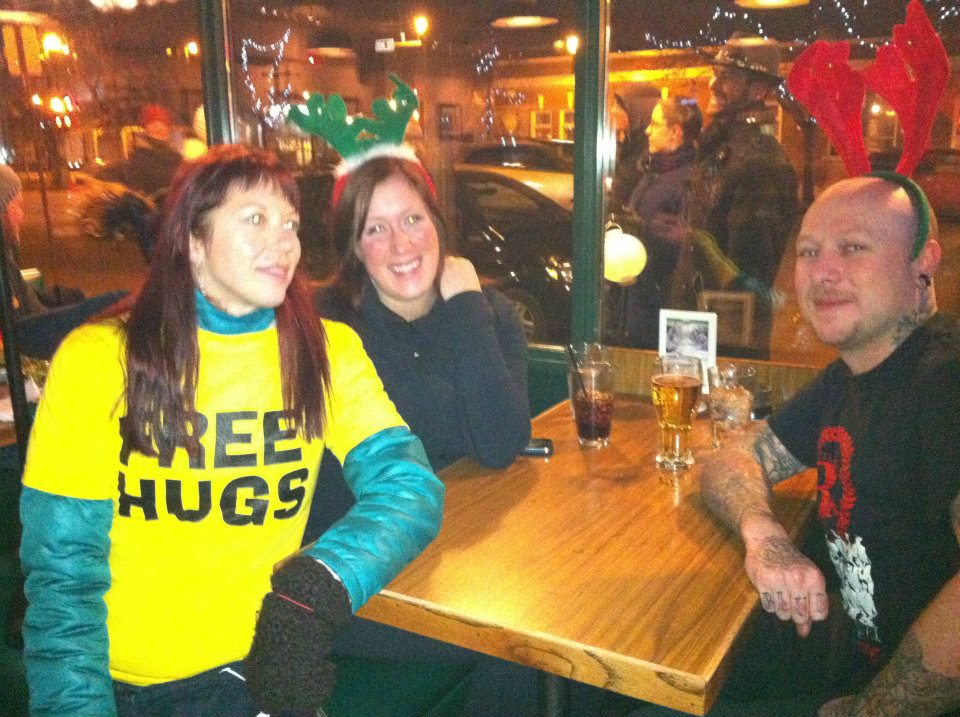