I recently spoke to a group of 40-50 of the good folks at the Alberta Farmer’s Markets Association meeting in Edmonton.

The topic of the conversation was marketing and the piece I most wanted to bring was that of hubs. The idea that partnership is often better than going it alone when you’re trying to build institutions.

Here’s a video of what I said as my introduction:

Because the room was full, for the most part, of people who ran Farmers’ Markets, I decided to focus our hubs brainstorm discussion on them.

Here are some of the ideas we landed on by the end: 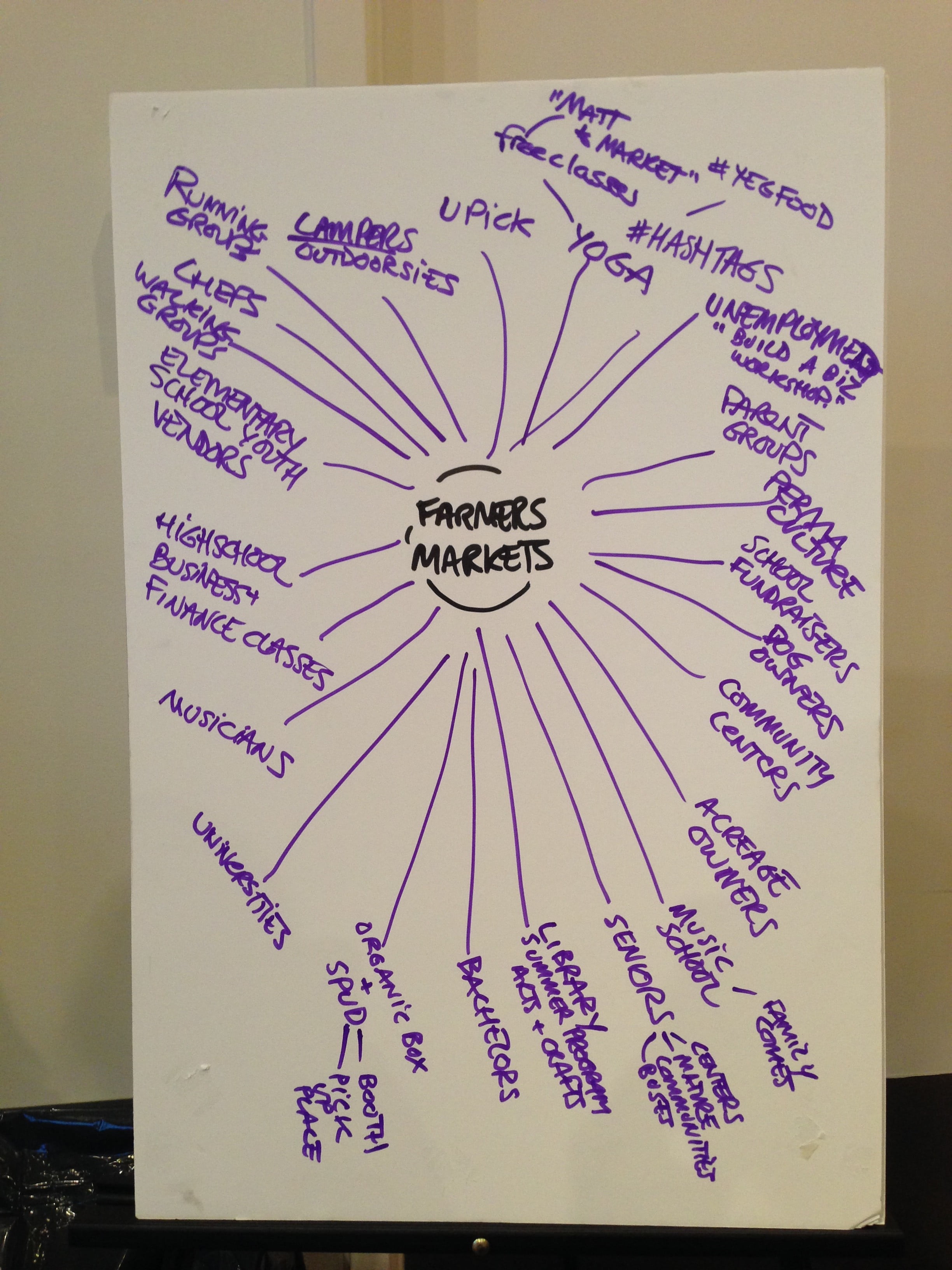 Let’s break this all down a bit.

The question that I asked them to consider was this, “Where else do the people who go to farmers’ markets (or those who would love them if they went) spend their time, their money and/or their attention?”

In essence: where else can we find your customers? When they aren’t at the farmers’ market, where are they? What other crowds or scenes might be aligned with your market with whom you could partner on some sort of a win/win promotion?

Once you’ve identified a potential hub, then the active questions becomes, ‘how do you work with them? what’s something amazing you could create in a collaboration that would have those people just have to come out to check it out?’

I gave them a few minutes to think about it and then the ideas started flying:

It’s important to point out that these ideas are the tip of the iceberg. There is so much more that could be done. This barely scratches the surface of what’s possible.

If you did one of these each month, twelve in a year, you’d likely get hundreds of new people out to your market.

And then, if you could give them some incentive to come back,(e.g. a passport for the market where each vendor would stamp their passport and a completed passport could be entered for a prize or a coupon book with deals for various stands) this could be a significant boost to your market.

View our best articles on marketing for farmers

To watch videos on Marketing for Farmers, check out these playlists