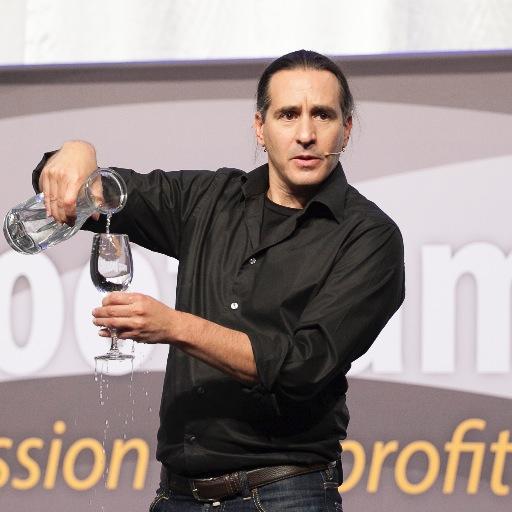 A few weeks ago, I had lunch with the good Govert van Ginkel, a fine facilitator and practitioner of goodwill amongst people through his workshops and one on one work.

He told me the story of a Business Bootcamp he attended in Holland last year.

It was led by an Israeli man who had moved to Holland twenty years before.

Holland has about 16 million people and a full million of them have had to become independent contractors, without pensions or benefits, due to the economy and layoffs.

Seeing this, this fellow decided this might be a group of people in need of help from the kind of business workshops he did.

And so Govert saw this workshop flash across his Facebook over and over again until he finally decided to sign up. It was a full weekend workshop, including lunch and snacks. He was charging $65. Govert knew that this would barely make the man anything.

By the end of the weekend, there were only about 400 people left. This might seem like a story of an embarrassing failure but it’s actually the story of a strange kind of business success.

Govert told me that, when they’d come back from every break, there would be fewer chairs. Numbers were being tracked and paid attention to. So, it never felt like the numbers were dwindling. There was never that deflating feeling even though it was clear there were fewer people.

The trainer pointed out that a big mistake people made in sales were to meet strangers and try to sell them, but that this missed two steps. That the first step was, yes, to meet strangers but then to become friends with them, to foster some kind of trust between you and then to sell to them and then, finally, to invite them to be ambassadors of your work. He was advocating a sort of slow marketing of the kind Robert Middleton outlines in his Marketing Ball metaphor.

At one point, he was challenged as to why he was leading the workshop in English and not Dutch. Hadn’t he learned the language? He expressed that he had but that, when he spoke Dutch, because of his accent, people thought it was ‘cute’ and he felt like that diminished his stature and authority as a professional. I imagine some people didn’t like that answer and others of his answers.

But he wasn’t there asking for people’s vote.

He wasn’t going for approval from anyone.

He was sharing himself and giving every bit of value he could that weekend knowing that his style and approach wouldn’t be for everyone. He was willing to have his personality and content get a polarized response. He was willing to be rejected. He knew that the 400 people left at the end of his workshop would be there because they liked him and what he had to say. He knew that they would be the most likely people to say ‘yes’ to his offer of coaching packages at the end of the workshop.

It’s a different way of looking at things. Most people would look at more than half the people leaving the workshop early as a sign of failure. But what if it was a strange sort of success?

He realized that marketing is about filtering, not seduction.

And so he began with generosity. He offered a full weekend to people at a bargain price. He did it knowing he might lose money on the front end. He did that instead of trying to sell a bunch of strangers into an expensive weekend workshop. He allowed for slowness by creating a space for people to get to know him and see if it was a fit for them.