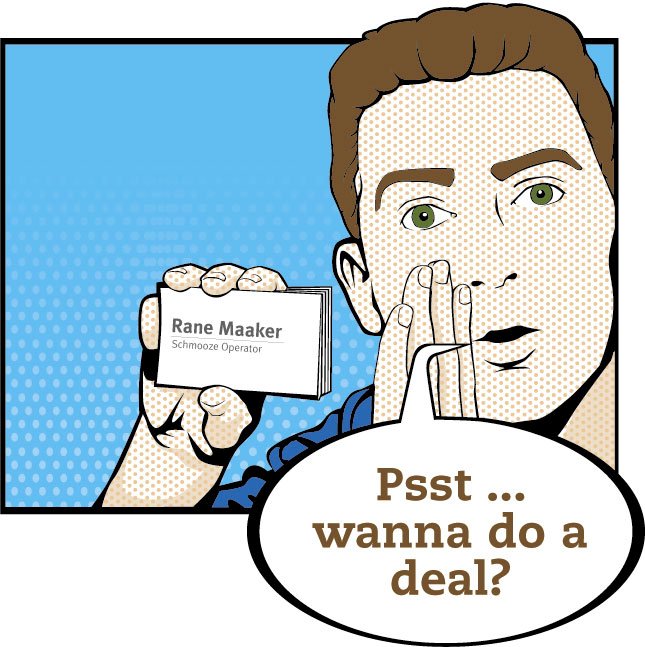 Once a month or so I host what I call my Potlucks for Particularly Precious People in Edmonton.

I’ve done about 23 of them over the past three years and they tend to have about 30 people come. I started them because I wanted all of my favourite people to meet each other. People are welcomed in with a hot cup of apple cider and a warm hug and introduced to a gathering of the loveliest of people.

The potlucks usually start around 8pm and end a bit after midnight.

At 9:30pm or so, I gather everyone in a circle and we do a go-around where everyone has about a minute to let everyone know a bit about who they are and what they’re up to. It’s part networking and part community building.

I started doing this introduction circle because I noticed at parties how easy it was for people to just talk with the same five people all night and so I wanted to create a way for everyone to meet everyone all at once. And I can always see it during the circles, people’s eyes brightening when they hear people sharing what they’re up to and whispering to them across the circle, ‘I need to talk with you after!’

Once the circle breaks the whole tenor of the event changes and people more bravely introduce themselves to new folks and make new friends. Marvelous.

But, at the last potluck I did – there was some minor hijacking.

As we did the go around circle people shared about their interests, their projects and their quirks. It was this warm and human vibe. And then it got to one fellow who was a personal trainer. And instead of sharing who he was – he used his minute to do a commercial. He gave his elevator pitch and then invited people to sign up for his newsletter – bribing them with his recipe for chocolate peanut butter bars.

It felt immediately out of place. Not massively – but subtly.

After the circle broke – people wandered about connecting with each other and hung out by the food table.

But not this fellow.

He wandered around chatting briefly and then personally inviting everyone to give him their email in his little coil binder.

“Technically” it was good marketing. He was clear in what he did. He was using Pink Spoon Theory. He was capturing people’s contact info. He was putting himself out there.

But it felt ‘off’. It felt, to me at least, like too much too soon.

Here are the levels where it feels like this kind of strategy is ‘off’.

Level One: He was subtly hijacking the space. I did all the heavy lifting for him of organizing the evening and getting the people there. And he was using that to his advantage. Now, if this was a business networking event – that would be perfect. But it wasn’t. It was a party in my home.

Level Two: It wasn’t a fit for the vibe. This was my potluck. It wasn’t a business networking event. Everyone who came, came because of their relationship to me or to someone else there. They came for an evening of warmth and meeting new people and a sort of ‘community based networking’. They didn’t come to be marketed to.

Level Three: Unwilling sign ups. I imagine that he thinks people were signing up because they wanted that recipe. To be honest, it did sounds pretty good. And I bet he thought they were giving their emails thinking that they might work with him soon. But I’d guess that most people gave him their email because they felt pressured to do so. He was standing right there saying, ‘hey, do you want this free thing?’ and so they think, ‘Well . . . how can I say no to this free thing?’ and he doesn’t give them a way out.

Sure, some people are strong enough that they’ll say ‘no thanks’ but most people really want to be ‘nice’ and not ‘rude’ and so they’ll sign up and get that recipe (which they will ignore) and then either unsubscribe from his e-newsletters or ignore them. They didn’t really want to be on them in the first place.

They gave their email to get rid of the subtle pressure they felt inside – because they want to support this eager entrepreneur. It’s like people who RSVP as attending on facebook for your events with no intention of ever showing up. When you ask them why they RSVP’d they’ll say, ‘oh, you know, I just wanted to show my support and boost your numbers . . .’ It’s the illusion of success.

Level Four: Looking Desperate. After my workshop in Ottawa last night, myself and some of the participants went out to a great vegetarian restaurant called The Table. We got to talking about business cards and one of the participants commented that he only gives out one card per night at a networking event. I asked him why.

He said, ‘because, if you go around all night giving out your cards – people notice that. They see that you’re looking for business – and that doesn’t seem very successful. Plus – if you give them to everyone – they just throw them out.’

You can always spot them at networking events – trolling for business, looking for leads, ‘prospecting’. And the message that sends is, ‘they don’t have enough clients’ they’re obviously not very successful. There are better ways to network anyway. SO, as this personal trainer worked the room – people noticed him working the room.

They could feel him ‘hoping’ for business.

More attractive would be to radiate health and happiness all night and to ask people about their own health goals and be this unconditionally encouraging and supportive presence around whom people just feel better about themselves. And if people expressed their desire to get into shape, he could have said, ‘hey! Come to one of my classes for free. I like you. I want to help! Are you on facebook? I’ll add you and send you the info. And let me get your email too . . .’ Quality, not quantity.

As my mom put it, “This may be the downside of all the marketing hype about “networking.” Gracious is not generally valued in the marketing world — chutzpah is. Pushiness is. Over and over business people (especially small business people, of whatever stripe) are told to push themselves and their product forward at every opportunity, regardless of appropriateness. This general attitude speaks volumes about the disaster that is our current business model and is a huge reason why your work is so very important.”

Level Five: Networking for Clients vs. Looking for Partners. Here’s another level of this challenge. He was networking for clients. At my potluck. But here’s the thing. They don’t know him. He’s a stranger. He’s working the room 100% cold.

But I already have a very strong and warm relationship with many of the people there.

Therefore, were I to endorse him, he would they would be more likely to pay attention. But he never gave me that chance – he took it himself. He could have focused on building his relationship with me and showing me that he was cool and safe with my friends.

Imagine the impact if he’d left the party and my friends said to me, ‘who was that guy? I love him! He’s so positive!’ Of course, I’d be one step closer to endorsing him. But as it was, he left and people said, ‘what was up with that guy getting everyone’s emails. That was weird . . .’

In a post he wrote recently. my colleague Bill Baren advises people not to go networking for clients – instead look for potential hubs and partners. If you’re trying to build a relationship with a hub – you don’t blatantly hijack or prospect at their events in a way that has people feel (even a little bit) uncomfortable.

In marketing, you often need to slow way down to see faster results. There’s an old adage, ‘infinite patients breeds immediate results’. The first result being a sense of inner peace. The second result being that you’re not needing anything from anyone, and so they feel safe around you. They lean in.

Let’s look at this from a slightly different angle.

Imagine you hear about a party where everyone in attendance is in your target market. They could all become clients.  This seems like a perfect chance to go a get everyone’s card and follow up. But wait. Slow down. Ask yourself, “who is the most important person in this room to me?“”

Why? Because they are the one that got all those people together in one place.

Slow down some more – how did they do that?

Likely through years of relationship building and integrity and street smarts. Incredible effort was put in to build the kinds of relationships where these people would be excited to come to their party.

So, get this: you can succeed in getting people’s contact information but risk totally alienating the hub.

This is called killing the goose that lays the golden eggs.

So, who do you think you should you be focusing on building a relationship with at that party?

But this doesn’t mean you try to monopolize the time of the host. Or fawn over them and obsequiously try to ingratiate yourself with them. But it does mean you ask yourself, ‘how could I add value to them?’ and that you consciously make sure you treat their event with a deep respect and reverence. You don’t do anything that might feel disrespectful to them.

To be clear: he felt genuine and sincere in what his personal training. I bet he’s great at it. I love, love, love the fact that he’s taking action and willing to do things that other people won’t do. I love that he’s questioning social conventions and willing to put himself out there. I love the boldness in asking for what he wants. This isn’t a personal critique – we’ve all got learning to do in how to make our marketing more beautiful – this is a look at the unintended consequences of certain approaches.