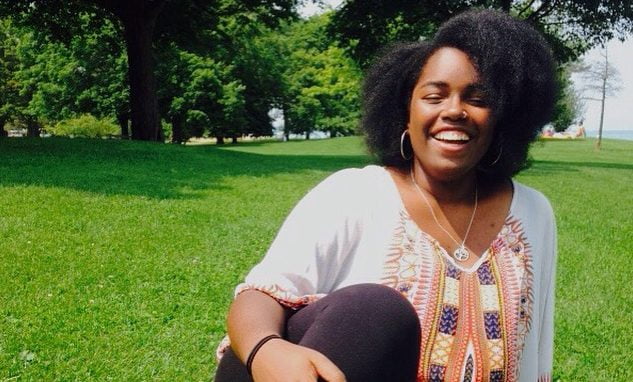 What if your coaching could be a potent, effective and inspiring form of activism?

In asking this question, I am suggesting something to you that might be hard to hear: there’s a good chance that it’s currently not.

The personal growth scene has largely been (and just watch The Secret if you don’t believe me) almost entirely led by white men. Seriously. Consider that 28 out of 29 of those featured in The Secret are North American. Consider that 24 our of the 29 are white males. That only 5 of them are female and that only 2 of them are people of colour. This might be a part of their secret.

Think of the most successful authors in the personal growth space. How many (outside of Iyanla Vanzant and Rev. Michael Beckwith) can you name who aren’t white?

Over the past decades, we’ve seen the new age and healing scene grow and be led by primarily by women (who are almost all white). I can testify to this from leading dozens of workshops all over North America and the UK over the past more than a decade.

This uniformity of background, this whiteness, has led to a certain limit in perspective.

There are certain things that people of colour see that white people don’t.

There are certain things people of colour must contend with daily that white people don’t.

There are certain privileges that accrue, and have always accrued, to being white in North America at this time. There are certain disadvantages pulled by the gravitational force of the way it is to darker skin tones.

White people, in North America (and particularly the USA), have benefited the most from the way things are. Are white people screwed by the man too? Yes. But not because they’re white.

But what you see from most of the personal growth scene is largely uncritical of the current system of white supremacy (entangled as it is with capitalism, the prison industrial complex, the military industrial complex etc.) because, for most white people, the system of racism is invisible to us. We never have to contend with it. Most of what I see offered up by my peers is about how to succeed within the current capitalist system but not how to change it.

It’s how to manifest what you want without any encouragement or insistence on considering the impact that this might have on the world (e.g. can everyone have that mansion they put on their vision board? Is this actually sustainable?).

To put it another way, many coaches are waking to the realization that the system isn’t neutral but harmful.

The unspoken but impossible to avoid message of much of the personal growth movement is that the universe is your personal slave.

The other implied message is that you are responsible for everything that’s ever happened to you – period. And so, the Jews manifested the holocaust and indigenous people their own genocide.

There is a deeply entrenched and utterly unexamined worldview of individualism in the personal growth scene. Not only are notions of the village absent, they are seen as weakness. Pull yourself up by your own bootstraps already and stop whining.

However, in the past few years, we’ve begun to see this change.

As White Nationalism has been on the rise and become more obvious to white people, there’s been a waking up of white people in the coaching industry to how bad it is (and has always been for people of colour).

As the gap between rich and poor grows, those who came from middle class to wealthy families in the coaching industry are having to reckon with the class divide as it’s becoming harder to ignore how hard the poor have it.

And this is leading to a very real and very deep realization that simply coaching people for their own inner growth isn’t enough. The world is on fire. Coaching people on how to be more effective might actually make things worse if what they’re being effective at is predicated on the destructive to the world.

Elder and dedicated social change agent Joanna Macey speaks of the Three Pillars of the Great Turning – one of which is about inner work but the other two (creating alternatives and holding back the juggernaut) are equally important. And not only missed but dismissed in most of the coaching scene. All too often, I hear the message that protesting against the war simply creates more war.

Enter Andrea Ranae, the daughter of a coach, who wrote the provocative blog post Why The Personal Growth Industry Is Not Changing the World.

After writing this piece, she got such a response that she created a program from it called Coaching As Activism on how we can make our coaching a genuinely effective force in contending with the very real troubles of our times.

When I heard about this program, I sat up and took notice. This is a perspective that has been desperately needed in this space for a long time.

And so I asked Andrea if I could do a video interview with her. Sadly, I would be on the road and unable to do it live but she graciously consented to being sent questions and doing the strange and lonely work of talking into a camera. Having just finished watching it I am sad I missed the opportunity to connect with her more directly. The kindness emanates and I find myself having to settle, for the moment, with being so glad she’s in the world.

The Five Levels of This Video:

The video is below but I’d like to make the case for watching it on four levels.

Level One: Meet Andrea! You might be interested in checking out her coaching program and this video is a fine way to meet her and learn more about her story. It’s hard to not like this good woman.

Level Two: Be a Better Coach. I think that her approach can help you be a more effective coach. If your mission is to help create a better world, then how will you do that without a deeper wrestling with how things are? How many books have you read about the interlocking and intersecting issues of injustice? Most coaches have read many and most I know are struggling to come to terms with it all. And they’re trying to do that all on their own. But consider how much more you could help change the systems and challenge your clients if you came from this perspective? What if you were not only holding your clients feet to the fires of their personal commitments but also to the larger fires of this cultural moment? What if an edge of your coaching became about asking people to find their right relationship to the travails of their particular time and place? You think you’re seeing resistance in your clients now? Wait until you ask them to consider the ecological and social consequences of a goal. So, yes, you’d see more resistance but you would also see a much deeper and more meaningful transformation. Imagine the skillfulness it might ask of you to contend with patterns that didn’t start in their childhood but thousands of years ago. I suggest that taking on Coaching as Activism will make you a better coach.

Level Three: Learn about Marketing. So much of what I talk about in marketing is present in her work. Andrea shares her bigger why and her point of view. The title of her program is a deeply compelling message. The whole program is a unique niche. There’s a lot to learn here.

Level Four: The Questions. I emailed Andrea a series of questions. Whether or not you sign up for her program (and I hope you’ll consider it) I invite you to take the time to consider how you personally might answer the questions. You might even pause the video as you watch it to come up with your own answers. Doing that would be a fine step towards coaching as activism.

Level Five: Your Resistance. As you watch this video, I invite you to write down all the places you feel resistant to what Andrea is sharing. Be candid with yourself. If you’re feeling brave, put it in the comments below. You can learn more about yourself from this simple exercise than most workshops you’ve ever taken.

Here’s what in the video:

For More Info on Coaching as Activism: