So, Chevron’s just come out with a new ad campaign showing how much they care. But is it real?

Consider that British Petroleum spent more money rebranding itself as Beyond Petroleum than they did on renewable energy. And that was before they destroyed the gulf. Good deeds or goodwashing?

Watch the videos below and leave your comments . . .

Want to see how Chevron came up with this campaign? Click here.

These days it can be hard to tell if companies are engaged in genuine good works and are genuinely transforming themselves to be more conscious or if it’s just a cynical marketing ploy that leaves people cynical about marketing. Dove’s Real Beauty Campaign hasn’t been without controversy. In this add they push further. What do you think? Authentic or ‘good washing’?

But before you decide – consider the fact that Dove is owned by Unilever. Who also owns Axe body spray. And the Axe commercials use the very same tactics decried by the Dove commercials. See the video below.

So, what does it mean for a company like Unilever to promote two contradictory messages at the same time?

And then there’s this from Greenpeace . . .

Today, we’re launching the next stage in our campaign to protect the rainforests of Indonesia from the expansion of the palm oil industry. Our volunteers, dressed as orang-utans, are currently climbing over the London headquarters of the company behind Dove, which uses palm oil as one of its ingredients.

Our latest research shows that Unilever, the makers of Dove, is buying palm oil from companies that are destroying valuable rainforest and peatland areas, which is bad news not only for the millions of people who depend on them for their way of life and endangered species such as the orang-utan, but also for the global climate.

Right now, four ‘orang-utans’ are perched on a balcony at Unilever’s headquarters in London, telling passers-by why Dove is responsible for the devastation happening in South East Asia. Down below on the road, a giant billboard mounted on a truck parked below apes (sorry) Dove’s Campaign for Real Beauty advertising campaign, and huge speakers are playing jungle noises at top volume. Meanwhile, at a Unilever factory at Port Sunlight near Liverpool, sixty volunteers (many in orang-utan cosutmes) have overrun the premises, decorating the front entrace with a huge banner. The factory makes Persil, which also contains palm oil.

Write to Patrick Cescau, group chief executive, and tell Unilever to clean up its act.

Why Dove and Unilever? For a start, Unilever is one of the largest users of palm oil in the world, funnelling up to one in every 20 litres produced from Indonesia into some of the many well-known brands it owns. This one fact means Unilever has a huge influence on the way palm oil is made.

And being chair of the Roundtable on Sustainable Palm Oil (RSPO), Unilever has even more clout. The RSPO is a group of retailers, manufacturers and suppliers whose aim is create standards for the production of sustainable palm oil. But as things are, it’s little more than a greenwashing operation because card-carrying members of the RSPO continue to be involved in the destruction of Indonesia’s rainforests. The RSPO has developed a certification scheme, but as yet not a drop of certified oil is available, six years after the scheme was set up. Even when certified palm oil becomes available later this year, there is nothing to prevent certified palm oil being blended with non-certified palm oil. This will make it impossible for RSPO members to guarantee that their palm oil does not come from recently deforested areas. Just ask Unilever.

This was documented in the Cooking the Climate report we produced last November and Unilever featured prominently, but since then we’ve collected fresh evidence of Unilever’s role in deforestation. Our latest report, How Unilever’s Palm Oil Suppliers Are Burning Up Borneo, details how some of Unilever’s key palm oil suppliers – Sinar Mas, Wilmar, Sime Darby and IOI among them – are devastating forest and peatland areas in Central Kalimantan. Not only are millions of people who live in or rely on the forests for their survival being put at risk, but as these areas are destroyed many endangered species are at even greater risk of extinction, including Sumatran tigers, Javan rhinoceroses and orang-utans.

There are also devastating consequences for the climate. As the forests and tropical peatlands of Indonesia are destroyed and converted into oil palm plantations, huge volumes of greenhouse gases are released, accelerating climate change. Indonesia is the third largest emitter of these gases in the world, in large part due to the destruction of its forests at the hands of the palm oil industry.

This is not great going for a company that paints itself as green and responsible: Unilever’s website makes a great deal of its efforts to be both environmentally and socially responsible, but when it comes to palm oil the reality is very different. pressure the RSPO to also support a moratorium.

We want Unilever to clean up its act, not just with the palm oil it uses in Dove but in all its products. To start the ball rolling, we’ve devised a three-point action plan for Unilever to follow:

And then of course, there’s their use of animal testing.

And . . . there’s the use of toxic chemicals in their products.

But notice how good washing can work. You do lots of really bad things but try to hide them and then, very publicly, engage in a (sometimes legitimately) very good campaign. And it washes you clean of any negative perceptions and people think, ‘oh! what a good company. you shouldn’t criticize them – at least they’re trying . . .’

Anyone who’s done any internet dating knows that you can’t trust pictures. Just like most of us know that you can’t trust marketing. People are suspicious. They assume you are putting your product and services best features forward. Here’s a great, and funny, example of how this can happen.

Lesson: Tell the truth. Be upfront about your flaws. Let people know where you’re not perfect and don’t 100% embody your values as a company. They just want to know that you’re trying – not lying. People want something real. They want to know your strengths – but also your weaknesses. And often your weaknesses can be a source of strength anyways. 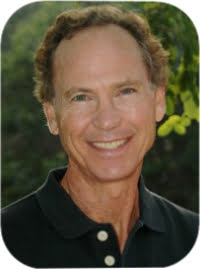 My dear friend and mentor, John Robbins, Author of The New Good Life, Diet For A New America, and many other bestsellers recently posted an article on Huffington Post about Vitamin Water and their marketing practices – a fine example of why so many people hate corporate marketing.

There’s a lot of ‘good washing’ out there. Major corporations putting a little money and a lot of hype into good works in the community. And perhaps Dove’s Campaign for Real Beauty is an example of that. What do you think? Regardless of whether it is or not – the ad itself is brilliant in making its point. 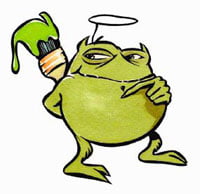 Do you know that your competitors aren’t as green as they SAY they are?

Are they misleading the public?

A lot of big companies are.

Arm yourself with this information on the 6 major types of greenwashing. To get it – just click on the link below.

By Julie Wolk These are challenging times to be sure. I have certainly been on an emotional roller coaster these past … END_OF_DOCUMENT_TOKEN_TO_BE_REPLACED

How do you avoid burn out as an entrepreneur? Over the years, I've gathered a number of ideas and this post is me … END_OF_DOCUMENT_TOKEN_TO_BE_REPLACED

In December of 2019, my dear colleague George Kao and I sat down to talk partner marketing and hub marketing together … END_OF_DOCUMENT_TOKEN_TO_BE_REPLACED

Figuring out your Ideal Client. What's the big deal? Why bother? One of the big reasons is because this work can … END_OF_DOCUMENT_TOKEN_TO_BE_REPLACED

Years ago, I read the book Monopolize Your Marketplace. Though the title and tone is aggressive, it has … END_OF_DOCUMENT_TOKEN_TO_BE_REPLACED

There are, in my mind, three roles of marketing. The first is to get their attention. The second is to filter and … END_OF_DOCUMENT_TOKEN_TO_BE_REPLACED

A few years ago, I recorded a video entitled Why I (Almost) Never Do TeleSummits. I recorded it so that I'd have … END_OF_DOCUMENT_TOKEN_TO_BE_REPLACED

If you've followed my work for a while, you know that I'm all about niching. I even created a whole … END_OF_DOCUMENT_TOKEN_TO_BE_REPLACED

By Julie Wolk Does hiring an assistant for your business feel like a totally dreamy, yet impossible fantasy to … END_OF_DOCUMENT_TOKEN_TO_BE_REPLACED

As you begin to develop your business model, it is helpful to begin with the end in mind. What's your most … END_OF_DOCUMENT_TOKEN_TO_BE_REPLACED

By Séan O'Connell I once had three websites hacked on the same day. My mother-in-law kindly telephoned to let me know … END_OF_DOCUMENT_TOKEN_TO_BE_REPLACED

What would it mean for your business if your email subscriber list doubled next month? What if your client list … END_OF_DOCUMENT_TOKEN_TO_BE_REPLACED

A question I often get is, "What's Tad short for?" But another question I get almost as often is, "How do … END_OF_DOCUMENT_TOKEN_TO_BE_REPLACED

First of all, I don't do these as consistently as I know I should. But, when I do, it's hard to point to anything that … END_OF_DOCUMENT_TOKEN_TO_BE_REPLACED

So, let's talk about self care. But first, let's let Audre Lorde talk about it: “Caring for myself is … END_OF_DOCUMENT_TOKEN_TO_BE_REPLACED

Well, here we are. 2019. But where are we headed? Perhaps the answer to the question is in the opening … END_OF_DOCUMENT_TOKEN_TO_BE_REPLACED