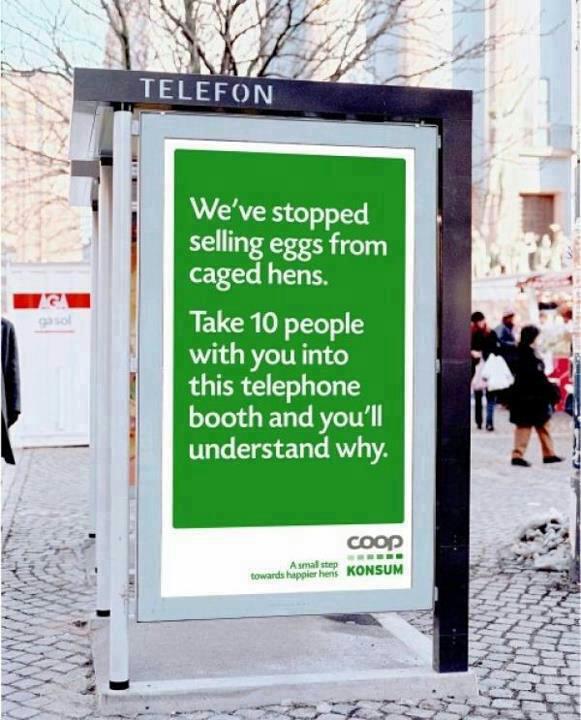 The Coop grocery chain put out a great ad at bus stops that educated it’s customers (and prospective customers) that it was doing a good thing. And it did it in a funny (but poignant) way that helped people relate to why they were doing it.

I think a great indirect consequence of this kind of ad is that it’s not only the kind of thing people will share on social media because it’s so simple and clever but it also raises the bar for what people expect from any grocery store.

After seeing this ad a few times, people might be a bit more likely to ask their own grocer if their eggs are from caged hens.