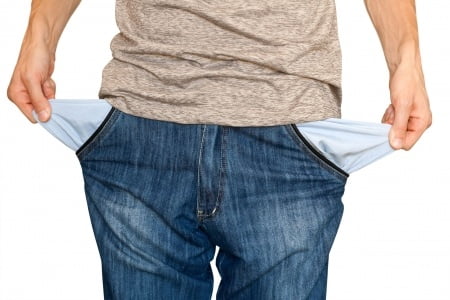 There are three main criteria of a viable target market.

First, it needs to be clear. As a prospective client, I should know immediately if I’m in that group or not.

Second, we need to be able to find those clients. There should be hubs.

Third, there need to be enough of those clients who can afford to pay you full price.

What if the people you most want to help don’t have much money?

If that’s true, hand over my heart, what you have is a non-profit-profit. I suggest you legally structure yourself as such and generate your salary through fundraising. Stop making yourself and your clients suffer by pressuring yourself and them to pay you with money they don’t have.

But what if there might be more possibilities here?

There’s a big question as to whether or not that’s true.

Sometimes it’s not that clients don’t have money but that your marketing is terrible and they don’t see the value in what you offer; and you are terrified to talk to them about working with you and you utterly collapse when a conversation about money comes up.

It really could be that. Or it might be that your current business model will never be profitable. It could be that too.

Or it might be that your current business model will never be profitable. It could be that too.

Years ago, I met with the good people running Green Enterprise Toronto, an independent, green business network that would, eventually, become Green Enterprise Ontario. The business is still around, now known as Green Enterprise Movement. As I sat at their Spadina Street office in Toronto, they told me that their business model wasn’t working. They were trying to sustain themselves on dues from their members and it wasn’t nearly enough. They needed more money but their members weren’t able or willing to pay more. It wasn’t until they had a conversation with the Toronto City Council that headway was made. The city saw they were providing a service that properly should have been the domain of the city – supporting local businesses – and so the city was able to put some funding towards it. Without the funding from the city at that point, the Green Enterprise Toronto project would have utterly collapsed.

Edmonton had a similar group for years called Live Local, of which I was a founding board member. Same issue but, in this case, the Edmonton City Council didn’t step up and the organization folded.

Every year, it lost money.

“Did you make any money this year?” I asked him, full of hope that this might have been the year it turned around for him.

Cities need more people like Robindra who do what they do for the love and not the money and bring such fine things in.

But he was stuck. He couldn’t raise ticket prices and he couldn’t guarantee that his events would sell out. It was always so close to the wire.

“I’m sorry to hear that man.” I said, commiserating with him.

“But we’ve got it figured out for next year!” he said.

My ears perked up.

“Festival grants!” he smiled. “We realized we’re a great fit for a lot of these grants and, with them, everyone can get paid and we don’t lose money.” He told me that they were also deepening their exploration of corporate sponsorship.

What he had on his hands was a social enterprise. His project was a mix of business and non-profit. It took him five years to see it. Some people never see it.

Now, with a different business model, It’s Time to Bloom might not have needed grants. For example, if they came up with a “Bloom Yoga Teacher Training” or a “Bloom School of Yogi Business” or “Bloom Life Coaching Program for Yogis” then maybe they could have afforded to lose on the big event if it was an effective marketing tool to fill their higher-end programs.

If your people can’t afford to pay you what you need to sustain yourself then you have four options:

Which option would you choose?

View our best articles on money

To watch videos on Money, check out these playlists