The following is an excerpt taken from an interview I did with the brilliant Robert Middleton. A lot of my core marketing philosophy, I got from this man.  This material will be compiled into a book called “Pay What You Want” in 2011.

Robert: We’ll talk later about what you’re making now and how you structure it because it’s not just Pay What You Can. There’s a lot of structure around this. In all of my interviews, we really get into the hands-on, how-to stuff. Let’s talk. What are the benefits of this? Why do it in the first place?

Tad: Well, there’s a number of benefits about it. The first is that with Pay What You Can, sometimes you’ll make less money per person than you might if you charged the full industry rates, but you’re going to attract so many more people because the risk is so low.

That was my stress. If I was charging $2,000 for a weekend, I was like, “Damn, this better be good.” Of course, it had to be good but sometimes it’s not a fit, and I just found myself very anxious during the workshops wanting to make sure that they were getting the value. 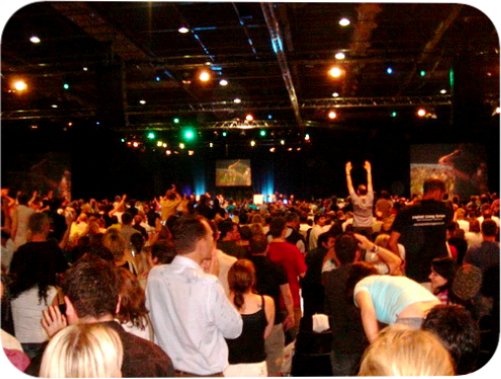 Robert: You know, Tad, I also find in these expensive workshops that when you read the sales letter, it seems there has to be more hype. It has to be more over the top with more miracles and more breakthroughs to justify it. Often the average person isn’t necessarily going to get that kind of breakthrough result, but for that price you have to promise the earth, the sun and the stars.

Tad: Yeah, I think there’s a whole separate conversation around authenticity. It’s one of the things I love about your sales copy and your materials. It’s very nuts and bolts and very down-to-earth.

Yeah, when you charge that amount, you do have to do it. I think there’s a way it can sway people’s moral compasses a little bit in how authentic they’re being willing to be. There’s this idea that you’re going to get this information from a weekend and it will change everything when the reality is a lot of them are still going to need handholding in different places.

One of the other benefits of Pay What You Can is there’s so much goodwill in it. It engenders so much gratitude, versus with the very hyper-expensive there’s the sense that they’re just in it to get rich. People might go, but there’s not the same goodwill.

People really see you as a hero, which is a good thing. What I also love about it too is it aligns really well with people’s politics, left and right. Everybody loves this. Everybody respects you for it and because of the goodwill, it’s very talkable in a word-of-mouth sense. People will tell their friends about it.

Tad: Versus, “I went to this workshop. It was amazing. It was so good. You could totally pay whatever you want. I went to it. I thought it was a scam, but I could really just pay whatever I wanted to pay and there was no funny business.” It’s very talkable.

I think part of why Pay What You Can works is because most entrepreneurs are pretty cash-flow poor.

Tad: They’re rich in so many ways, but not necessarily in cash on hand in the moment. I think it works because there is just a genuine process of reciprocation. When people receive something, they want to give something back.

It really puts the decision in their hands, which is the whole flip. And I think it’s funny because there’s this myth in marketing that people don’t value things unless they pay for it. I don’t think that’s true. I think it’s a misnomer.

With Pay What You Can, this is the potential downside if you don’t think about it strategically. If it’s just like, “Show up, Pay What You Can,” there’s a way that people could see that as, “Oh, it’s free,” and then they don’t value it. There are things we want look at around that.