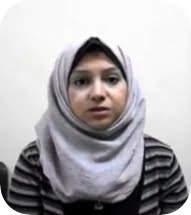 You might have heard – Egypt is having an uprising.

And rumour has is that it’s all because of this one video recorded by Asmaa Mahfouz.

Asmaa is a woman so tired of injustice and the lack of basic human rights in Egypt.

In his book “The Soul of a Citizen” Paul Rogat Loeb argues that social uprisings are never about one person.

Rosa Parks and Martin Luther King Jr. came out of social movements and were supported by them. The story of these people creating the movement is just that – a story. And I suspect that this is true in Egypt. There are likely circles within circles that we can’t even begin to understand from outside the of that region.

But sometimes years of community building, coalition building and education can be sparked into flame by unexpected things.

So . . . here’s the video that’s being credited with starting the uprising we are witnessing today. Here’s the spark.

And it has some powerful things to say about marketing I want to lift up.

Because marketing can be terrible – it can be gross, contrived, exploitative and leave people with less self esteem than they had when they turned on the TV. But, at its heart it can also be a beautiful and uplifting thing. It can be about ‘getting the word out’ about positive things. It’s about communicating our messages clearly. It’s about getting people to change their habits that our destroying the world. Marketing can be an art and as Ton! Cade Bambara said, “The goal of the revolutionary artist is to make revolution irresistible.”

I believe that all of the solutions to our environmental and social justice problems in the world exist already – but if no one knows about them – functionally they don’t exist. And getting people to hear about them – and be willing to try them out is, I would suggest, a marketing issue.

Imagine a world in which strawbale homes, permaculture design, holistic health and local, organic food were normal. Marketing should be about making good things seem normal – not the about making the status quo seem good.

This world requires us to speak up and be ‘out’ about what we’re doing.

Here’s a disturbing thought: what if Asmaa has never done this video? What if she’d been to shy or scared? What if she’d never tossed out that spark? Do you see how different the world could have been?

And what if your work is this kind of a spark for another community. Perhaps not as dramatically. Perhaps not with as much global attention. But if you have a spark in your hand and you don’t give it to the world – there are many others who won’t move. Asmaa threw her spark. Millions moved. What we give to the world not only sets us free but can set them free as well.

Lesson #1: Social Media is Powerful – The Egyptian government cut access to facebook very early in the uprising – because they saw what it could do. These days, when something strikes a chord, it is spread fast. And this is how word of mouth works with everything – business, personal or activism. People talk to each other and spread gossip.

Social media has given us a more powerful platform to do this. When this video hit, it was spread fast. All over Egypt. And it had an impact.

If your business, NGO or cause isn’t engaging deeply in social media – you may be missing out. You may be making it very hard for people to spread the word about what you do. Facebook events, online video, blog posts, tweets etc. are all incredibly easy for people to share with others. Make the good things you’re doing easy to share too.

Lesson #2: Speak to the Why – More powerful than her just talking about WHAT she is doing and HOW – she focuses on the WHY she is doing it. And repeats that again and again. When you can clearly articulate the why and uncover the point of view behind what you’re doing you will reach people in ways you never thought possible before.

Lesson #3: Be Real – This is a crap quality video. Let’s be real about that. It breaks all the rules of good online video. The lighting is okay, the quality is bad, she’s against a wall. Meh. Sometimes ‘high production values’ can actually hurt you. Don’t believe me? Imagine this same video being done Hollywood style – with her in make up, special effects etc. Don’t you feel how much less powerful that would be than he just sitting down and speaking from her heart with the web cam she has?

And she’s real about how she sees the situation. She calls her government and the security forces out as corrupt. Most entrepreneurs are terrified of taking that kind of stand – about anything. She’s 100% authentic.

Michael Drew (who’s put 67 out of 67 books he’s worked with on the NYT best seller list) argues that we are no longer in an economy that wants hype – we’re in a civic cycle that wants (and craves) people to be real with them.

Lesson #4: Speak to People’s Values – Ask yourself, ‘what’s most important to me and my crowd?’ Notice her appeal to men’s honour and dignity. Her appeal to have them come and protect her, ‘if you’re really a man’. She speaks to what matters most to them as people. She appeals to their values and gives them (fiercely) a chance to step into an even deeper integrity.

Lesson #5: Ask for Something – So many ads don’t make an offer. So many fundraisers don’t ask for the money. And here Asmaa is beautifully, shamelessly and powerfully asking them to come out on January 25th. She must repeat it a dozen times. She’s not coy about it. She’s to the point. She repeats it. Again and again. And then she ends with it.

Just educating people is not enough. Just speaking passionately about issues is not enough. We need to ask. We need to give people simple things they can start with. And how simple is her ask? Come join her protest. It’s not without risk – but it’s simple. It’s focused.

Lesson #6: She Voices Their Thoughts – She’s real with people about what else they might do and reminds them that those aren’t options. “Want to stay at home and watch this on the news?” she says. And you just KNOW that most of the people watching were thinking that. “Don’t think you’ll make a difference?” Any good copywriter will do this when they write an ad. They anticipate people’s concerns and speak to them directly. A good sales letter will read more like a conversation. A good author will do the same thing. It’s a more gracious and effective way of communicating to acknowledge you’re not speaking to a void. What are your people afraid of? What might stop them from doing something that could not only help them – but their community? Speak to that. People need reassurance that they will be safe – or at least that staying where they are is less safe than moving.

“And the day came when the risk to remain in the bud was more painful than the risk it took to bloom.”

Lesson #7: Tell a Story – She starts this video off with a story of the last protest they did and how only three others came. She’s real about it. And the story is engaging. We need to get better at story telling. When people get passionate they tend to rant and lecture. But we need to tell stories that speak to people’s hearts.  That help them get back in touch with what’s most important and dear to them.

Asmaa Mahfouz recorded and posted this vlog on January 26th, after an eventful Tuesday on January 25th, the first day of the revolution. She describes what she saw and urges people to continue and join her after Friday prayers, on January 28th.

What other lessons do you think we can all learn from this?